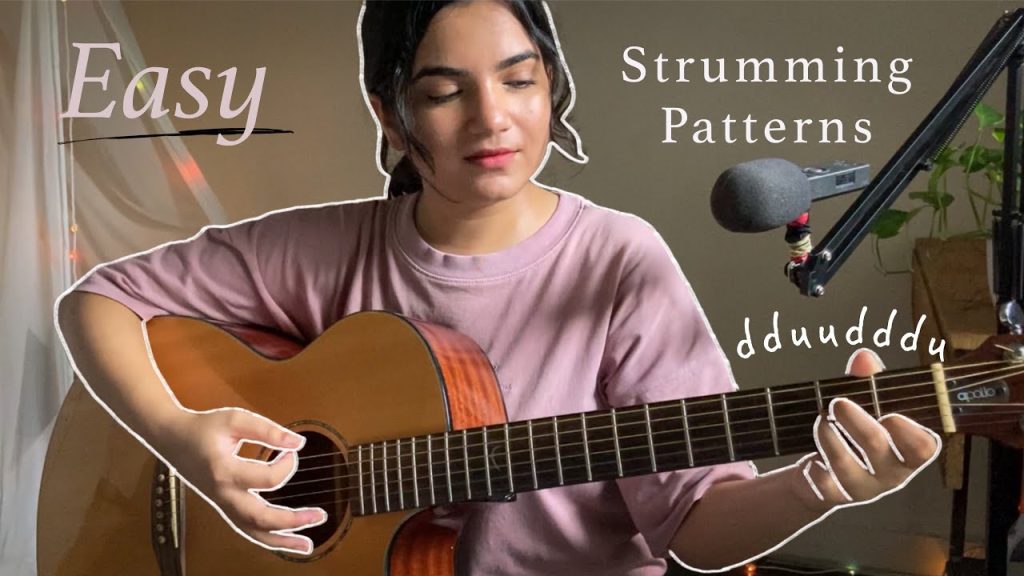 It can be fun to know how to play the guitar, but it can also be a little scary. There are so many different chords that you can learn, and it’s hard to know where to start.

As a guitar player, I often get asked by beginners what chords on guitar they should learn first. And while there’s no definitive answer to that question, some chords are more important than others – especially if you’re just starting.

In this blog post, we’re going to look at 11 of the basic guitar chords on the guitar that every beginner should know by dividing them into two categories — the major chords and the minor chords. With these chords, you’ll be able to start playing simple songs right away! So let’s get started.

What are Guitar Chords, and Why Are They So Important?

What are Guitar Chords, and Why Are They So Important?

No matter how long you’ve been playing the guitar or how good you are, you need to know how to play guitar chords. Two or more notes are played together to make a chord. Chords are an important part of many types of music and can be played on electric guitar and acoustic guitar. For example, most rock songs contain power chords, typically just two notes played together.

While thousands of different chord possibilities exist, some are used more frequently than others. As a result, learning common chords is a great place to start for any beginner guitar player. Many online resources can help you learn all the chord diagrams and fingerings.

Major chords are the simplest type of the three and sound happy and cheerful. These are the most dissonant sounding of all three chord types, but they can create interesting chord progressions when combined with other chords. So without further ado, let’s dive into the world of major chords!

C major is one of the most famous guitar chords because it sounds good. The chord is a delicate mix of the simple notes C, E, and G. To make the chord, you will line up your second and third fingers in a diagonal pattern. Even if it’s hard at first, don’t worry. You’ll get used to it.

D major has a unique triangular shape. Use your first two fingers to play the G and E strings on the second fret. Then, use your third finger to hold down the B string on the third fret. The resulting sound is happy and heartwarming and may remind you of some well-known happy songs.

The E major chord is special since it uses all the strings on a standard instrument. To play the third string at the first fret and the fifth string at the second fret, place your first and second fingers, respectively. The second fret of the fourth string is where the third finger goes. Finally, keep them pressed down while you strum in unison. Aim to knock them out with one fell swoop!

Many people find that minor chords sound sad or reflective, which can be used to great effect in songs. Now, we’ll look closely at what makes a minor chord Minor and discuss how to do them.

If you can play E major, it should be easy to play A minor. Just move your finger one string up. This chord is also very similar to A major; just change the B note from the second to the first fret. Minor chords make you feel sad, which makes them great for songs about breaking up. This guitar chord is one of the most important chords for beginners.

Mastering the guitar means moving on to barre chords or Power chords. The B minor chord is a great place to start. For a barre chord, you put your finger across several guitar strings at once instead of just holding down one note with the tip of your finger.

Here’s how it works:

C minor is a chord often used in songs that want to tell a sad story. It is sad and has a deep meaning that stays with you after you play it. It’s also one of the hardest chords to play because you have to twist your hand awkwardly.

The D minor chord is nearly the same as the D major chord. But you’ll need to move the high E from the second to the first fret. Both the fifth and sixth strings must be muted for the chord to sound right. D minor sounds like you’re getting ready to say something that will make an impression. Many musicians use it, but it sounds best in a country or folk song.

E minor is a good start if you want to learn easy guitar chords. All you have to do is play an E major but without the G string. To do this, you’ll only need to finger placements.

Here’s how it works:

You won’t play this chord very often, but it can be a nice way to break up a song. If done right, G minor can sound creepy. Use the third fret and mute all six strings to play. Put your third finger on the fifth string’s fifth fret. From there, press the fifth fret of the fourth string (also known as the D string) with your fourth finger. Therefore, perform with assurance.

Every guitarist should know these eleven chords. They are the basic chords that will help you play various songs. If you need help learning to play chords, visit Classical Guitar Shed for online guitar lessons.

You can also find other helpful resources on our websites, such as an online chord dictionary and printable chord charts. After some practice, you’ll be able to play like a pro.

Best Braid Wigs For Getting The Desired Look