5 Facts About Cattle Ranch in Nebraska

By DimitarJune 4, 2022No Comments5 Mins Read 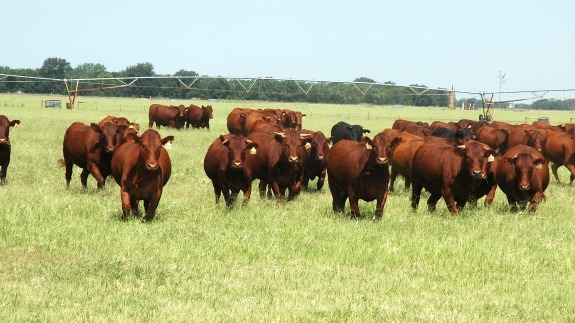 As the #1 industry that the state of Nebraska has to offer, agriculture plays a crucial role for many. Cattle production is currently representing the largest segment of the industry. The state’s economy is powered by cattle production, as the beef cattle industry has a massive impact on the vast majority of Nebraska residents. Those who are considering purchasing a cattle ranch in Nebraska would do well to take a closer look at the following guide.

How Does a Cattle Ranch Work?

Daily life for a cattle rancher is always going to vary. The cattle have to be checked several times a week throughout the year, regardless of the season. The amount of time that is spent checking the cattle will depend on the number of locations that need to be monitored and the mileage in question.

Once wintertime rolls around, the cows will be calving. This means that they are going to have to be checked on even more often. Grazing must be kept to a minimum and hay has to be put out regularly. During the spring and summertime, herd health measures have to be performed. Pasture maintenance is another key aspect of the equation.

Is Cattle Ranching a Good Investment?

When it comes to the larger ecosystem of real estate, cattle ranching is one of the best investments possible. They are a quality investment at the moment since the prices for cattle are on the rise. The prices for property on which to raise cattle are also starting to skyrocket, making this a good moment for first-time ranchers to jump into the fray.

The economy is currently growing, and this growth is expected to continue. The cattle market is expected to trend upwards as well. Those who are worried about what may happen if there is another economic collapse can look back to 2008 as a source of comfort. Most ranching grounds did not lose value during this time.

In fact, much of this land actually continued to gain value. Once the economy picked back up, ranches and cattle gained in value, moving in lockstep with everything else. As the United States returned to normalcy during the early 2010s, the demand for domestic beef grew massively. Supplies remained low during this time, which only served to drive the prices higher.

In other words, this is the type of investment that can be made regardless of the current economic realities. Demand will always remain high, and ranchers can always consider other streams of revenue if need be. As long as there is enough labor to support a productive ranch, things will always move in the right direction from an economic standpoint.

5 Facts About Cattle Ranching in Nebraska

Nebraska Has a Unique Relationship with The Industry

Nebraska’s connection with the cattle ranching industry runs much deeper than other states. The entire state has a population that is just shy of 2 million, while there are nearly 5 million cattle residing there. The only state that can come close is Texas and their population is obviously much, much larger. Other states may depend upon the industry, but the relationship is not as closely intertwined as it is in Nebraska.

Nebraska is at the top of the list when it comes to the nation’s biggest cattle counties. The state is currently home to the three largest cattle counties, as Cherry County, Custer County and Holt County lead the way. As home to the nation’s three largest cow counties, the state is dependent on the industry in ways that other states simply are not.

There Are More Cattle Than People

This is one of those statistics that might sound made up to some, but the numbers are not even close. According to figures from January 2022, there is no chance of the human population catching up to the cattle population anytime soon. There are nearly 2 million cows and almost 5 million head in the state as of the moment.

That means that there are nearly four times as many cattle as people in the state of Nebraska. That’s the sort of statistic that no other state can hope to match, cementing its unique relationship with the cattle ranching industry.

Sizable Amounts of Beef Are Produced

Nebraska has a great mixture of natural resources, allowing for the production of sizable amounts of beef. Thanks to the presence of cattle, Nebraska’s 24 million acres of rangeland and pasture are utilized properly, as the grass is turned into proteins and various other valuable human products. This land currently accounts for more than 50% of Nebraska’s entire landmass. Over one million bushels of corn are fed to these cattle, as their population allows a sizable percentage of the population to be fed.

Nebraska is able to pull off this type of farming and ranching coverage because there are aquifers beneath it. At the moment, there are over 96,000 registered, active irrigation wells that supply water to over 8 million acres of harvested pasture and cropland.

How to Wear a Beautiful Crystal Necklace

Do Protein Blend Powders Have Side Effects?

How to cope with chronic neuropathic pain?