A Review On Collaborative Robot Safety 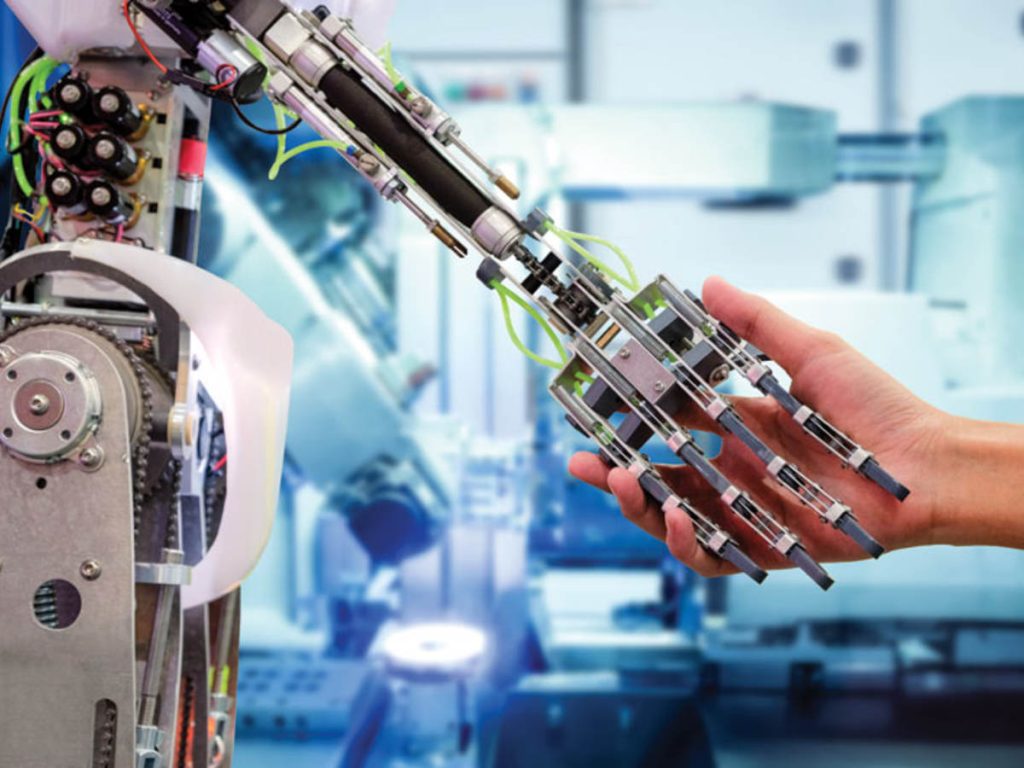 As a result, the perimeter around collaborative robots is split into five spaces with different levels of safety. That said, let’s look at the various types of spaces around a collaborative robot and how these machines improve safety in the workplace.

Types of Spaces Around a Collaborative Robot

This is the entire space that collaborative robots can move in. Its directly connected to the cobot’s working envelope and can be found on the manufacturer’s spec sheet. But there is a difference between the maximum space and the working envelope.

Only a few collaborative robots can move within the entire maximum space. Basically, part of the working envelope is unusable due to limiting factors such as deadman switches in the working envelope; this is commonly referred to as the restricted space.

The technique most cobot programmers use is considering the machine’s restricted space as a single area. For human operators to enter this space when the collaborative robot is switched on, it has to be used within its safety limits. This means that the collaborative robot can’t perform some tasks because it needs to run at speeds safe enough for humans.

It’s rare for the entire cobot’s restricted space to be utilized during operations. The portion of the confined space utilized for specific tasks is known as the operating space. This space isn’t connected to the safety of human operators; it’s more operations-related.

The protected space is the space inside any safety cage around a robot. It’s typically bigger than the machine’s maximum space. The distance from the collaborative robot to the safety netting is calculated as per the guard distance matrix.

One of the most significant benefits of collaborative robots is collaboration, as the name suggests. This means the robot and human operators can share a space and work together.

The space shared by the machine and manual operator is known as collaborative or shared space. The shared space is a part of the operating or working space, and when the robot enters this space, its movements must be restricted to protect the human operator.

How Do Collaborative Robots Improve Safety?

The start button must be pressed for the cobot to boot, and the robot must also receive boot instructions from a distinct point of control. This means even if the operator accidentally presses the start button, the machine won’t boot; hence they can’t be injured.

Collaborative robots have a switch known as a deadman switch which human operators can press when they are in risky situations, or the machine has injured them.

What is this switch? A dead man switch is a switch on the robot that can be pressed to halt the machine’s operations when an accident happens or is about to happen.

Collisions aren’t the only potential risk posed by machines to humans. As a result, collaborative robots have ergonomic designs that can’t harm human operators. For instance, if an operator’s arm is trapped between the machine’s links, they won’t be harmed.

Sensors are perhaps the best security features on cobots. Collaborative robots have various sensors that can stop their operations in open areas to prevent them from harming humans. The good thing is traditional robots can be fitted with sensors to improve safety.

Before a human operator enters the cobot’s working envelope to issue instructions, the machine’s operations must be halted even if the force-limiting function is activated.

Otherwise, the collaborative robot’s area scanner must activate a safety stop when it detects a human operator in the vicinity.

Collaborative robots, unlike high-speed robots, have a button for human operators to activate teaching mode as long as force and speed limiting features are active.

Human operators can only hand guide collaborative robots if the machine is stationary and the thrust and speed limiting features are active.

What About Risk Assessment?

All robot operations need to be assessed for risks regardless of whether the robot is collaborative or not. However, risk assessment is especially important for collaborative robots to determine whether a cage or safety netting is required.

For instance, consider a drill bit and foam probe as end effectors; the former poses more risk than the latter with regard to safety. However, this can’t be determined unless a risk assessment is done on the robot to guide safety requirements.

In conclusion, how close manual operators can be to a collaborative robot depends on the task the robot is performing, which means a risk assessment needs to be done. Not to worry though; collaborative robots have numerous in-built safety features.

How Expensive is it to own a Pet Snake