Can Epicenter Finally Win A Triple Crown Race At Belmont? 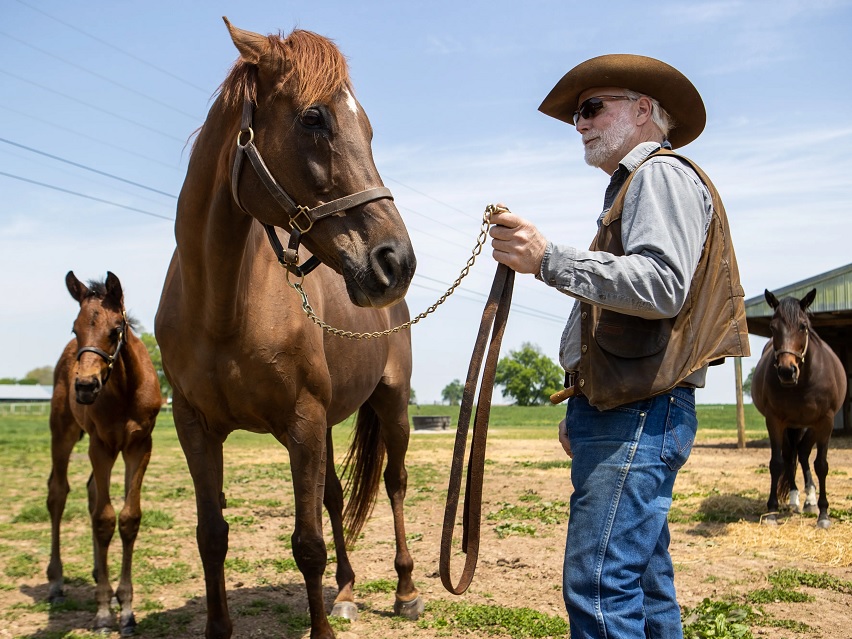 Twice favored, twice defeated. After a prep season in which all of the dominoes seemed to fall his way, Epicenter has had a run of bad luck in his two Triple Crown attempts, finishing second as the crowd’s choice both times.

His trainer, Steve Asmussen, is the winningest trainer in racing history, but though his victories include two Preaknesses (Curlin in 2007 and Rachel Alexandra in 2009) and one Belmont (Creator in 2016), the Kentucky Derby still eludes him entirely.

Prior to the first Saturday in May, many believed Epicenter, having won the Grade II Risen Star Stakes and the Grade II Louisiana Derby, to be Asmussen’s best chance of taking the roses. Alas, it was not to be: Epicenter battled past Zandon in the Churchill Downs stretch and seemed poised for victory, but Rich Strike came out of the clouds and swept by for the win.

The crowd at Pimlico two weeks later was, if anything, even more, confident that Epicenter would emerge victorious in the Preakness, especially as trainer Eric Reed announced that Rich Strike would sit the second jewel out and await the Belmont Stakes. However, Epicenter laid further off the pace than usual, allowing Armagnac and Early Voting to control the pace, and the latter preserved enough energy to power through the stretch.

Can Epicenter, the 2022 Triple Crown bridesmaid, join Alydar as the only two horses to finish second in all three Triple Crown races? Could he falter even further in the Test of the Champion? Or could he make a step forward and take the carnations?

There was nothing wrong with the ride that jockey Joel Rosario gave Epicenter in the Kentucky Derby.

However, the ride that jockey Sonny Leon gave to Rich Strike was simply masterful.

Epicenter laid in eighth for the first half-mile, which in most races would be considered “off the pace,” but in a twenty-horse speed-heavy field like this year’s Kentucky Derby was, he was just at the end of the first flight, only about six lengths or so behind the blazing pacesetter, Summer is Tomorrow. Meanwhile, Rich Strike was as far back as the eighteenth, well clear of most of the rest of the field.

As the field rounded the far turn, Summer is Tomorrow began his retreat, eventually finishing last. Messier and Crown Pride held on for a bit longer but rapidly ran out of steam. Epicenter stuck ahead in front, while Rich Strike was still only fifteenth.

Most Kentucky Derbies are won by a horse who is in the top three at the head of the long Churchill Downs stretch. Then again, most Kentucky Derbies don’t have opening half-miles in 45.36. As classy and well prepared as he was, Epicenter was a tired horse with a full quarter-mile in front of him, and Zandon charging hard on the outside.

That quarter-mile probably didn’t feel as long to Sonny Leon, who had to guide Rich Strike through walls of horses with the tiniest of openings, making decisions in mere fractions of a second. He had a lot of horse left under him, though, and he was able to skim through a spot left open by the backpedaling Messier to blindside Zandon, Epicenter, and basically the entire betting crowd.

Epicenter and Joel Rosario ran a good race, earning an E figure of 105 for their effort, but on that day, Rich Strike and Sonny Leon had the racing gods’ favor.

Outrun in the Preakness

The Preakness saw Epicenter again sitting about six lengths off the pace in eighth through the first half-mile, but this was a half-mile in 47.44 seconds in a nine-horse field. He made a move in the far turn, advancing to third at the head of the stretch, but he couldn’t close fast enough to get within serious striking distance of Early Voting.

Early Voting had kept himself out of trouble during the race. He stalked about two lengths behind Armagnac until the top of the stretch when he found another gear and took the lead. He weaved in and out toward the end of the race but was never seriously threatened.

Observations for the Belmont

Epicenter’s best races have begun with him using tactical speed to stay close to the pace. The Kentucky Derby had such a hot pace that it basically handed the race to the deep closers, but the Preakness did not have such a setup.

Though the Belmont Stakes field is still shaping up horses likely to contest the Belmont currently include Rich Strike, Derby participants Mo Donegal and Barber Road, Preakness third Creative Minister, and Grade III Peter Pan Stakes winner and runner-up We the People and Golden Glider- it is highly unlikely that the pace in the Test of the Champion will be as hot as it was in the Derby.

This means that a horse who is on or near the pace likely has a better shot at winning than a horse coming from behind. You can check here the record of past winners: twinspires.com/belmont-stakes/winners

Epicenter would do well to return to his Derby prep form, in which he typically either went to the front or laid about a length off the pace, just within striking distance, so that he could remain relatively free of traffic and take command coming out of the far turn.

Of course, one requirement for winning the Belmont Stakes is actually entering the race, something that Epicenter’s connections have indicated that they have not committed to yet.

7 PRIMARY BENEFITS FOR BUSINESS OF SETTING UP AN MVP

How to choose your real estate agency to sell a property?

What strategies should be adopted to increase views on YouTube?

Why Online Tutoring Platforms are Important and Why Prepaze is the Best Choice?

Where does the lightsaber color come from?

The Best Lake Vacations in the US for the Ultimate Getaway