Things to keep in mind when preparing to move abroad 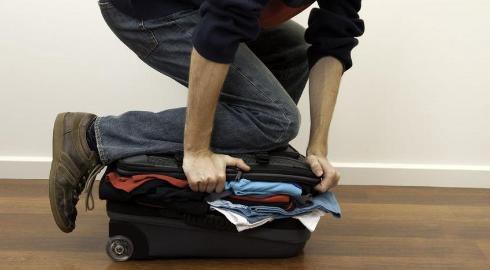 There are many reasons these days for anyone, in any country, to consider packing up their life in one country to move to another. It may be that you can earn more money in a new place, or on the other hand that you can live more frugally there. It could be that you appreciate the climate more in a warmer – or indeed colder – part of the world. Everyone who plans to move to another country has their own reasons for so doing.

It’s very easy to look at such a move in terms of the positives it will bring. Indeed, that’s exactly how you should look at it, for there is a lot to be said for broadening your horizons. However, it’s worth being extremely conscious of the fact that visiting a country and living there are two very different things. This is not to discourage people from living abroad, just to say that keeping the following points in mind is advised before you make any firm decision.

When you first move to a new country, your excitement at the change will sustain you through the early stages. Walking or driving around town will reveal new things to you each time, and there’s a decent chance that people will fall over themselves to make friends with you because not only is the place new to you – you’re new to it, too.

But before too long, a new place becomes familiar. A trip to the supermarket is pretty much the same wherever you live. Getting utilities connected at a new apartment and sorting out banking is still a chore. At this stage, the little niggles of a new place can feel magnified, and you may get buyer’s remorse. This will wear off in time, but it’s a nasty culture shock when it happens.

Wherever you go in the world, there you are

There are ways to avoid the novelty of a new place wearing thin – you can make regular trips back to visit family and friends, or become a digital nomad and never settle anywhere too long. However, while this may prevent boredom from settling in, you do have to reckon with the fact that travel is not a panacea for all ills.

This is not to say that moving abroad is an attempt to run from things, just that things can happen wherever you are, and you need to account for the possibilities of getting ill, losing your job, having a relationship end and all the things that might happen to you at home. These can also happen to you in a new place, and when they do, you won’t have the same established safety nets – so you’ll need to have a plan to deal with them. Incorporating this into your planning can dampen your enthusiasm, but it’s better than having to wing it.

Figure out what you need to bring, and how

The main push factor behind moving abroad is that life where you are has become uninspiring. That’s understandable – we wake up in the same place and follow the same routine, so it’s only natural that it will lose a bit of pizzazz. However, you are living among the things that you need, and you often don’t realise how much you’ve accumulated until the time comes to move. Then you need to decide how much of it moves with you.

For Beginners, How To Choose the Perfect Glueless Wig

What is the best way for beginners to wear curly wigs?

How to Sell Designer Handbags for Cash