Uber steps ahead to become a Travel Super App 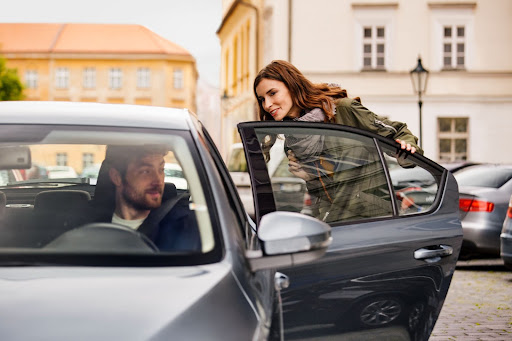 Uber first hinted that it would tilt towards becoming a travel based super app in 2018 but the global pandemic put those plans on hold.

However, today Uber is ready to embrace its future as a travel super app and recently announced that it would provide Uber users in the United Kingdom (one of Uber’s largest markets outside the United States) the option to book flights, train tickets, hotel rooms and even car rentals, all directly from the Uber app itself.

This rollout is part of a greater strategic push by Uber to eventually become a global travel super app. Uber UK users can now book a flight, a train, a hotel room and even rent a car all from the Uber mobile app, within minutes. This UK pilot scheme is an important testing ground for Uber as it seeks to validate this business model.

Uber will not be providing these services directly and the transactions will happen through software integrations with strategic partners. Uber will have a strict set of policies when onboarding partners and in return partners will have to assign Uber a cut from each customer transaction.

As part of its mission to offer seamless door-to-door travel experience solutions, Uber will also let customers book Eurostar train tickets for journeys from London to Paris and other European destinations via the Channel Tunnel.

It was in early 2022 that Uber managed to obtain a 30-month license to continue its operations in London following a protracted battle with city officials. But its recent announcement sets it in a superior position to shake up the UK travel sector.

Uber revolutionized the UK travel industry when it launched back in 2012 by making transport solutions much more easier and convenient to find and book. The Uber mobile app displays the approximate distance and fare in addition to details about the driver such as their name, vehicle type and registration number as well.

Having made a booking, users can view the progress of their Uber driver as they approach the pickup location. Having started their journey Uber users can track their progress on the map and there is even an emergency button for any rare situations that may occur. At the end of the trip the Uber passenger settles the amount displayed on the App by cash, card or other means.

Uber is also planning to integrate ar ipad app development into its mobile app in order to give users (and tourists) the most immersive augmented reality experiences as they travel.

Meanwhile in India Uber has once again added Mumbai’s iconic black and yellow taxis onto its platform. Uber India once attempted this manoeuvre in 2017 but the subsequent pandemic drew the plan to a halt. Although there are thought to be over 5,000 traditional taxis registered with Uber India, only a handful can be considered as active.

By again trying to encourage black and white taxis to use the Uber platform, Uber is expanding its choice beyond autos, bikes and cabs. All those involved in the Indian transport sector of course have become wary of fuel prices that have had a major impact on overall trade.

Unable to accurately estimate the price of fuel due to its daily volatility, Indian transporters are hesitant to provide quotations in order to minimize losses that were anyway increasing due to the pandemic.

Having faced major losses during the pandemic, Uber had to increase its fares but also decreased the commission payable to its drivers. This was seen as a brutal attack on Uber drivers and customers, but given the high cost of living in India, the changes were absorbed without much incident.

As part of this scheme traditional black and yellow taxi drivers must follow the official rate cards approved by authorities and can obtain higher rates and additional income from the Uber app.

The Different Types of Sleeping Pills – Which One Is Right for You?

How to increase water pressure in shower