Why do People love to have Kratom Tea? 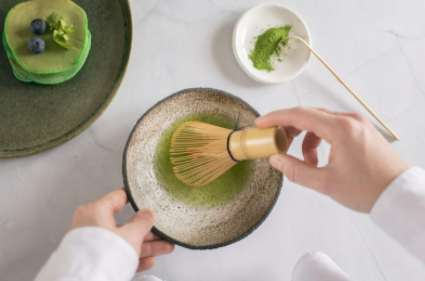 Kratom, or Mitragyna speciosa as it is formally named, is a collection of tree-like plants that belong to the coffee plant family (Rubiaceae). It has a long history in Southeast Asia, where its leaves have been utilized for medicinal purposes and its stimulating properties.

Kratom tea has gained popularity in the natural health community recently because of its natural pain-relieving and mood-lifting effects. However, even though it is legal, some individuals are apprehensive about consuming kratom tea and other kratom-based products due to safety concerns. The results, safety, and dangers of kratom tea are discussed in this article.

Kratom tea is becoming more widely available as a legal high, natural medicine, focus aid, and sexual stimulant in specialized stores and internet merchants around the United States. The treatment is made from a Southeast Asian plant that has been used for hundreds of years for a variety of reasons. Although research into the health hazards and side effects of kratom tea is scarce, kratom and kratom tea are both known to be hazardous when consumed.

Kratom tea contains a number of unfavorable side effects. Ingesting kratom tea can cause anxiety, respiratory depression (slowed breathing), changes in heart rate, constipation, seizures, coma, and death. People who use Kratom on a regular basis may get addicted to it, establishing a dependency and experiencing unpleasant withdrawal symptoms when it is no longer present in their systems. With the use of other drugs, the risk of overdosing on kratom tea may be increased.

What do you mean by kratom tea? 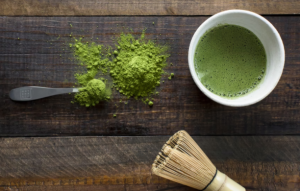 Traditional kratom tea is produced by steeping leaves from the kratom tree (Mitragyna speciosa). It’s native to Indonesia, Malaysia, and Thailand, among other places in Southeast Asia.

Maeng Da, ketum, biak-biak, thom, thang, and kakum are some of the other names for kratom. Field laborers used to consume kratom leaves to boost their energy and endurance, improve their heat tolerance, and relieve tiredness.

Coughing, diarrhea, diabetes, and high blood pressure were among the ailments for which these leaves were employed as a herbal cure. They were also employed to treat opium withdrawal or as a replacement for opium, a powerful pain reliever. Kratom leaves are usually dark green in color.

Kratom tea, on the other hand, takes on the qualities of a sedative, similar to an opioid medication, when consumed in big amounts. Kratom tea has gained popularity in the Western world in recent years, despite the fact that it is banned in many of the countries where it is naturally found. Kratom tea is offered as a herbal supplement or “natural high” and may be found online and at natural food stores.

What are the effects of kratom tea? 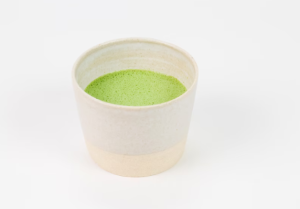 Kratom leaves contain around 40 active chemicals, with mitragynine and 7-Hydroxymitragynine being the most common. Depending on the dose, these chemicals operate on multiple receptors in the brain, producing effects comparable to stimulants and opioid pain medications.

Kratom works as a stimulant and appears to enhance energy in short dosages of 1–5 grams, making users feel more alert and sociable. Kratom appears to have a sedative effect in larger dosages of 5–15 grams, comparable to opioid pain medicines like morphine and codeine, leading people to feel drowsy, tranquil, and euphoric.

Kratom tea in smaller amounts has a moderate stimulating effect. It can improve a person’s mood, boost sexual desire, and decrease their hunger. This technique of kratom tea consumption is more in accordance with traditional use. People also buy red bentuangie kratom for a sound sleep and add it to make kratom tea. When consumers consume greater amounts of kratom tea, however, more visible effects emerge. Kratom tea in large amounts can provide a powerful euphoric high. Many people may even consume kratom tea to help with opioid withdrawal symptoms.

The FDA has not authorized kratom tea or kratom-based products for any medicinal use. Furthermore, the Drug Enforcement Administration (DEA) has designated Kratom as a controlled substance. Kratom usage and possession are strictly regulated in European nations such as Denmark, Lithuania, Poland, Latvia, Romania, and Sweden.

Malaysia, Myanmar, and Australia are among the nations that regulate Kratom under their narcotics laws. Meanwhile, the Medicines Amendment Regulations Act in New Zealand regulates Kratom. There is no proof that Kratom is safe or beneficial for health purposes, which is one of the reasons why it is illegal in many places.

What are the benefits of kratom tea?

Although some health bloggers say that Kratom tea has health advantages, there is little credible scientific data to back up these claims.

According to a 2017 survey, Kratom usage may help to reduce pain and the symptoms of mood disorders, including anxiety and despair.

Surveys, on the other hand, are dependent on self-reporting. As a result, they are less accurate and more prone to prejudice.

Others have stated that drinking Kratom tea can assist with narcotic withdrawal symptoms. This is due to the presence of mitragynine and 7-hydroxy mitragynine in Kratom leaves, which interact with opioid receptors in the brain.

What are the best alternatives to kratom tea?

The coffee family includes the kratom tree. Many individuals utilize coffee beans as a stimulant, similar to Kratom leaves.

Coffee, on the other hand, is considered to be a lot safer stimulant than Kratom tea. Coffee has been studied extensively by scientists, with one recent review characterizing coffee use as largely safe.

In fact, the study shows that drinking a lot of coffee is good for people’s health. It may reduce the risk of some malignancies, neurological disorders, liver disorders, and metabolic disorders in individuals.

Southeast Asians have been using and consuming Kratom for a long time. The health advantages of Kratom, on the other hand, remain uncertain. Meanwhile, experts have a lot of proof that Kratom is harmful to one’s health, especially when used in large dosages. Although some health gurus profit from generating interest in natural treatments, it is critical to think about alternative therapies in terms of science.

This was all you need to know about kratom tea. It is highly recommended as it helps you enjoy a healthy life without any side effects.

How to choose and install matwell matting for the home