Everything you need to know about Ducks Unlimited Texas

By Rabbi it firmJune 5, 2022No Comments4 Mins Read 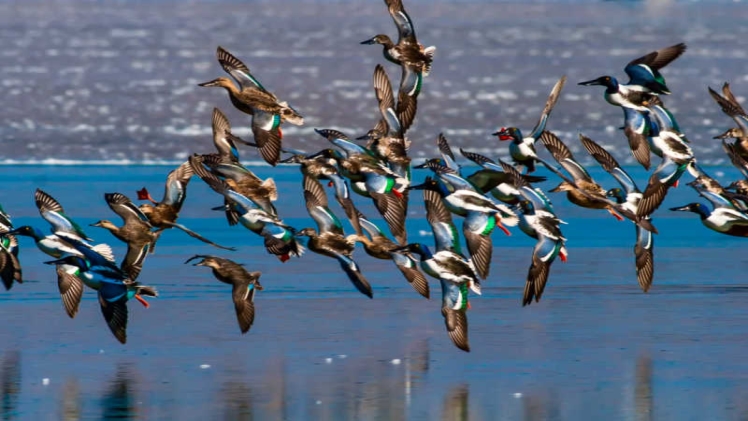 Ducks Unlimited is one of the leading wetlands and waterfowl conservation in the current era. Since 1937, the organization has raised sufficient money for waterfowl habitats in Texas. The entire team started managing the organization when they observed a drop in the waterfowl population.

Hence, sportsmen came together to form Texas Ducks Unlimited to recover numerous waterfowls across the continent. With this in mind, let’s check out the organization’s various activities.

What are the activities of Ducks Unlimited?

Ducks Unlimited has conserved and restored wetlands and managed many waterfowl habitats over the years. The team always moves ahead with a mission to secure the wetlands for the waterfowl.

But, even when the team restores wetlands, it is aware of the value of ecosystem services. The entire team works toward making the water clean and reducing the chances of flooding. Besides, they also engage in coastal resilience and supply sufficient water, especially in arid regions.

As time passed by, the team of Ducks Unlimited managed many projects. To date, the organization has received funds for many wetland filtration projects. The team carried out the tasks to offer migration habitats for different species of ducks and mallards. Moreover, after collaborating with the US Fish and Wildlife Service (USFWS), Ducks Unlimited was able to mitigate the flood damage across Saginaw County.

The organization was able to complete a living shoreline project in Texas. While the team installed the breakwaters, it helped to enhance the navigation efficiency and ensure safety for the barges moving along the waterway. On the other hand, Ducks Unlimited was able to address many problems and issues related to water delivery. The company was responsible for upgrading the levees, canals, and most of the infrastructure.

How does Ducks Unlimited receive funding?

As Ducks Unlimited manages its activities, it receives funds from many US state and federal governments. The organization can also raise money through private individuals, corporations in the US, and many foundations. Once the company receives a considerable sum of money, the team invests in many projects. Apart from supporting conservation, the money helps manage wetlands and upland habitats in different regions of Texas.

As 2020 passed by, many people observed little difference in the chapters stated above. But, such chapters were later among 2,600 chapters across the nation. The organization raised money through more than 4000 fundraising events, and the fundraising system was further a model for many conservation organizations.

The entire system enabled the conservation of more than 10 million acres of habitat for numerous waterfowls. The team was also glad to conserve more habitats and preserve the waterfowl hunting heritage later. Additionally, when the team was happy to raise more money, it could protect the communities against flooding and filter the water effectively.

Apart from everything else, you will come across more than 50,000 volunteers who host many fundraising events for Ducks Unlimited. You can either have a great time at dinner or attend a convention held in the state. But, if you want to enjoy an event from the comfort of your house, then you can be a part of a regional or state online auction.

As the online auction progress, you can grab the opportunity to bid on official merchandise and weapons that Ducks Unlimited is ready to offer. Eventually, you will be among diverse individuals who will support the organization’s conservation mission.

Finally, when you come across Charity Safaris, you can get an idea about its hunting trips. Apart from the hunting trips in Argentina, New Zealand, and South Africa, Charity Safaris are also available for Ducks Unlimited Chapters. The organization offers services for banquets and hands over 100% of the auction proceeds as a donation at no cost.

Sneakers For Men: 12 Ways For Men To Style Sneakers Fashionably

Bookmakers Betting For Odds and Fun!