How To Become A Woman IPS Officer In India In 2022

By DimitarJune 6, 2022No Comments5 Mins Read 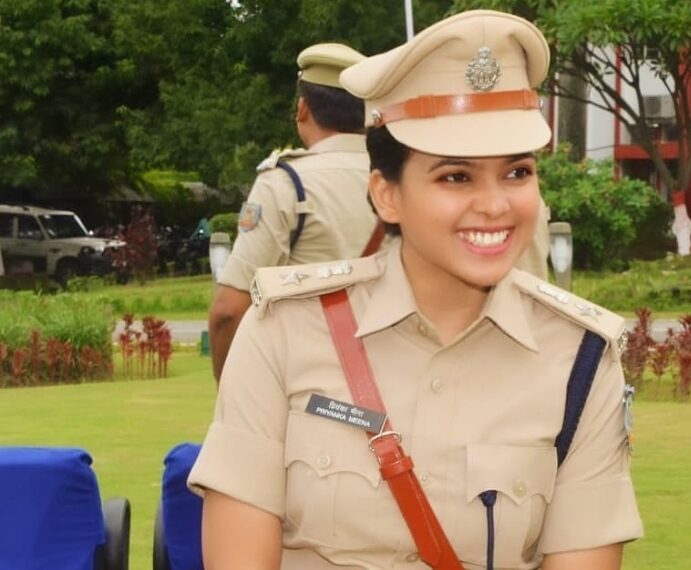 The Indian Police Service (IPS) is a branch of the All-India Service which grants the officers higher-level positions in the Central Armed Police Forces. Many Indian women and men aspire to join the Indian Police Services and serve the nation and its citizens by braving the challenges that accompany this particular position. However surprisingly women had not been a part of the IPS recruitment program since its inception. Although the provision for the IPS officers was created by the British government as early as 1861, it was only in the year 1972 when Kiran Bedi became the first woman to qualify as an IPS officer in the batch of 80 candidates.

Requirements for becoming a woman IPS officer in India

What is the right time to begin preparations for a woman IPS officer in India?

Since the process of selection for women IPS officers in India comprises three stages of the UPSC exam it is better to start preparations right after clearing the 12th standard. The reason behind this observation is that subjects such as history, science, political science, geography, and economics are a part of the academic syllabus of the 12th standard which also covers a maximum portion of the UPSC syllabus as well.

Steps to become a woman IPS officer in India

The process of donning the garb of one of the most honourable positions in Indian law enforcement has four steps which need to be cleared to become a woman IPS officer in India. These steps are as follows:

The entrance exam that conducts the examination and determines the selection of the candidates for the IPS positions is called the Union Public Service Commission examination. Information about this exam can be found in popular newspapers. The candidate needs to find the application form either through online websites or any post office in the nation. This application form needs to be filled up with all the valid credentials and mailed to the secretary of the Union Public Service Commission in Delhi.

Step 2: Appear for the preliminary exam of CSE

Once the application form has been made, the candidate has to prepare for the UPSC exam which is divided into three parts namely the preliminary exam, the main exam, and the personal interview. The preliminary exams are conducted by the government bodies under the name of the Civil Service Examination which holds 400 marks in total and is divided into two papers. It is a qualifying level examination comprising multiple-choice questions, and once the candidates clear the round shall they be able to qualify for the next round, which is the main exam.

Step 3: Sitting for the CSE mains

Once the candidate has cleared the preliminary exams that means they are one step ahead towards their dream of becoming an IPS officer. Unlike the qualifying exams, this main exam has a descriptive question paper format comprising 1400 marks in total. There are five papers that the candidate needs to write that are based on general studies, English, an Indian language, general essay type, and optional subjects.

After clearance of the preliminary and main exams with flying colours, they will be selected for a rigorous interview session which is the most difficult and critical stage of this whole selection process for IPS. In this step, the UPSC authorities summon the candidate for a personal interview session during which the knowledge of different subjects as well as the mental ability of the candidate is tested. There is a ranking system for the selected list of candidates from which approximately 400- 450 secure the topmost ranks and get their admission into the Sardar Vallabhbhai Patel Police Academy. There the candidates are put to laborious training on administration and policy.

With more and more women joining the workforce aiming for a successful career, we can today see a considerable number of Indian women opting for police services. These women are ambitious and determined with the objective to make a difference in the Indian society by ushering a positive change, ensuring the intactness of public harmony, law, and order within the common fabric of the citizenry. And when we discuss women IPS officers, it is incumbent upon us to refer to and draw inspiration from exemplary names like Ilma Afroz, Sanjukta Parashar, Sangeeta Kalia, Pritpal Kaur, and Aparajita Rai, the glorious list of women IPS officers who went against the grain and achieved remarkable feats in their careers in the Indian police service in India. They are inspirations to all the young girls who are preparing for one of the toughest examinations in the country, the UPSC examination to become an IPS officer. Check out her circle to know about famous women IPS officers.

A special gift for someone special in your life

WHAT ARE MY OPTIONS FOR MAKING MY PROPERTY MORE SECURE?