Which Hotel in Genting is Haunted? 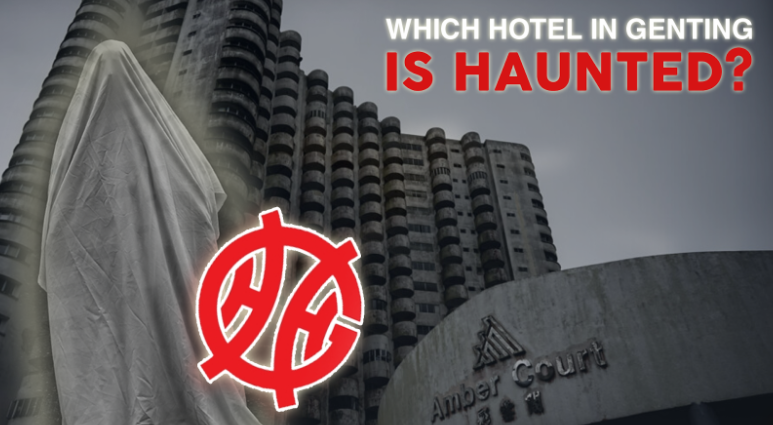 Genting Highlands, a hilltop resort and casino situated in Malaysia, is where most Malaysian chinese go to gamble during the holidays. There are many reasons to travel up to Genting Highlands, be it to relax, breathe in the fresh air, enjoy the scenery, or to just play a few rounds of slots, blackjack, roulette among countless other games provided at their casino.

Each of us who visited Genting Highlands stayed in the First World Hotel. After all, it is often considered to be one of the  biggest hotels in the world. It is true that the First World Hotel is an extremely famous place, but this is not always for good reasons. You see, Genting Highlands had always been considered by many superstitious Malaysians to be a haunted place, especially so at one of the old hotels situated up there. Before we go further into details, let’s learn more about this hotel.

The world’s biggest hotel has an astounding 7,351 rooms, offering something for every price.

The First World Hotel is centrally located inside Resorts World Genting, providing convenient access to the First World Plaza, SkyAvenue, Skytropolis Indoor Theme Park, and Genting International Convention Centre. Tower 1 was one of the ‘original’ FWHs, having opened in 2001. It has Standard Rooms, World Club Rooms, and World Club 2 Rooms. FWH Tower 2 debuted in 2006 and has a broader selection of accommodations, including Deluxe Rooms, Superior Deluxe Rooms, and Triple Rooms. Tower 2 has been renovated many times throughout the years. Tower 3, formerly known as Tower 2A, was added to FWH in 2014. It recovered its status as the ‘World’s Largest Hotel’ with the completion of Tower 3. There are Y5 Deluxe Rooms and Y5 Triple Rooms available.

There are several legends about this particular hotel. Throughout history, numerous reports have surfaced claiming that they had supernatural encounters while staying at the First World Hotel. Most of them refer to unexplained events occurring in and around First World Hotel rooms, sometimes even at the gardens that are situated around this hotel. While no specific rooms are specified online, one does appear on Tripadvisor’s review page. It was Tower 2’s Room 11906. This anonymous reviewer had reported that he felt an unseen force pressing on his body while he was trying to sleep, a common occurrence known as sleep paralysis. However, the case for him here is pretty peculiar, as he claimed to have his voice altered to something else while he was experiencing all this, a truly horrifying experience indeed.

One of the most common hypotheses, and one that has been proved right, is that there is a mystery ’21st Floor’ that has been sealed off from the rest of the building. The reason for the inaccessibility of the 21st level is because the elevator never stops on that floor. According to legend, the 21st story was ‘cursed,’ and unidentified people were observed roaming around that floor. These ‘people’ could be referring to spirits tied to the place and unable to pass on to the afterlife — according to Chinese mythology at least. Suicide is a common occurence in Genting Highlands, people who have no knowledge of bankroll management will travel up to the casino on the mountain in hopes of winning it big, and ended up losing their entire savings, it happens more times than you’d dare to imagine. As suicide cases on Genting had piled up, so have the supernatural sightings and reports. Coincidence? We shall let you decide.

The majority of visitors to First World Hotel and Genting Highlands are casino patrons, and urban legend has it that First World Hotel is the most’ suitable’ location for unhappy gamblers to commit suicide after losing big amounts of money and amassing enormous debts. Why is it appropriate? Because First World Hotel is one of the more affordable alternatives for lodging in an otherwise pricey resort. Ghosts are observed leaping from windows, strolling along halls, then vanish into the dense mist. Additionally, certain rooms were sealed’ and kept unoccupied for ‘unpleasant visitors,’ since guests reported feeling uncomfortable and unwell while staying in such rooms. Additionally, several tourists reported smelling incense during their stay at FWH, and First World Hotel serves as a resting place for spirits who perished in landslides or vehicle accidents while ascending the highlands. Additionally, hauntings and poltergeist activity were documented during the early days of First World Hotel functioning.

Why Going to Genting is a Bad Idea

Truth be told, going up to genting for reasons other than breathing in the cold and fresh air up there for a change is a bad idea. It is not just genting that is a dangerous place, even the roads leading up to the mountain are said to be haunted as well due to the many accidents that occured on the long and winding route there. Spirits have been said to be seen driving cars and looking into car windows of unsuspecting drivers, these spirits were said to be trying to lure innocent drivers or gamblers to their deaths. In fact, the highway leading up to Genting, known as the Karak Highway, is said to be so haunted, Malaysians have already made two horror films surrounding this road alone. Check them out if you are interested.

Throughout the years we have been trying to push for online casinos. Online casinos are such a wonderful alternative when compared to going up to Genting only to play poker for a few days. If you are worried about the reliability of online casinos, we will direct your attention to the most trusted online casinos that is Maxim88. Maxim88 is an online casino that brings accessibility, convenience, efficiency, and quality to online casino gameplay. They are a gaming platform trusted by millions of Malaysians and Singaporeans to play online slot games, online live casino games, online fishing games, and so much more. Next time you’re thinking of going to Genting Highlands, remember that high quality online casino games are just at the tip of your fingers with Maxim88. Download great online casino apps now by going to the Maxim88 download page and start gaming on your phone instead.

Bestseller in exercise and fitness