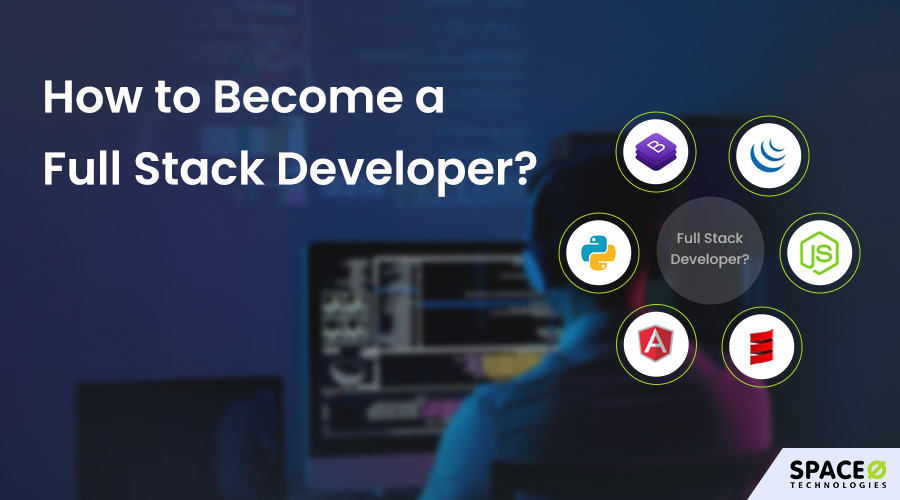 Most web developers go through all of the above phases, which may be frustrating for some of them at first, but the overall feeling is really exciting and amazing when they see their website is live and people are using it all over the world. A web developer is in charge of many tasks, including gathering requirements, designing a website, managing its backend, and making it available to users.

Everything is a web application, from your morning alarm to the apps you use to stay in touch with friends and family, such as Facebook and Instagram, to YouTube, where you probably spend hours watching videos. So, who develops these apps? Who works behind the scenes to ensure that you see new photos or news on your Facebook and Instagram feeds every time you refresh?

In this article, we will look at full-stack developers, who they are, what they do, the skills required to become one, the roles and responsibilities of this job, and so on. Here you can go to know about the Guest Post.

What are Full-Stack Developers?

Web developers create and maintain the websites and applications that we rely on a daily basis.

Based on their role in the whole process of web development, web developers are classified into:

Before jumping onto full-stack developers, let’s first understand what front-end and back-end developers do. A website has many elements – the appearance, the layout, the server-side technology, etc.

What do Full-Stack Developers do?

Roles and Responsibilities of a Full-Stack Developer

Here are some key responsibilities that you’ll be handling as a full-stack developer:

How to be a full stack developer?

Decide Your Goal or Path First

We will cover a wide range of technologies, trends, and tools, but we don’t want you to become overwhelmed, so you should first decide what you want to do as a web developer, as this will help you choose the right tools and technology to learn. There are numerous reasons to become a web developer, some of which are listed below…

The most common and popular reason is that you want to work for a company as a web developer.

1) Bootstrap: Bootstrap is an open-source framework for web development that includes design templates for navigation, typography, and buttons, among other things. It has a large selection of fonts, colours, and layouts to choose from. The most significant advantage is that all elements appear consistently across all browsers.

2) Angular.js: Angular.js is a framework created by Google. It enables the clear expression of your application’s components through the use of HTML syntax and templates.

3) Foundation: The Foundation CSS framework is used to create responsive user interfaces. It includes all of the patterns required to create a responsive website or application. It is an open-source framework that can be found on GitHub.

4) Python: Python is a beginner-friendly general-purpose programming language that supports functional and object-oriented programming and focuses on code readability.

5) JavaScript: A programming language that aids prototype-based object orientations. It aids in the creation of interactive pages for all platforms.

6) Elixir: Elixir is an Erlang VM programming language. Its application is for scalable and maintainable applications.

2) Ember.js: Ember.js is a popular choice among web developers for developing modern web applications. This Javascript framework is primarily used for web development, but it is also used to create mobile and desktop applications.

4) React: React is a JavaScript library maintained by Facebook that is used to create single-page applications and mobile applications.

5) D3.js: D3, also known as data-driven documents, is a JavaScript library that is used to create dynamic data visualizations for browsers. It gives developers complete control over the visuals.

Package Managers: A package manager is a programme that allows you to create project environments and import external dependencies. You can easily package and publish your product using this tool. It makes it simple for others to locate your product; you can specify the name of your project, version, keywords, and dependencies.

Databases: Most web applications and websites require one or more databases to store data. Cloud Database, NoSQL, Lightweight and Cache, and Relational Database are some of the popular types of databases used by full stack engineers.

Package Managers: A package manager is a programme that allows you to create project environments and import external dependencies. You can easily package and publish your product using this tool. It makes it simple for others to locate your product; you can specify the name of your project, version, keywords, and dependencies.

Databases: Most web applications and websites require one or more databases to store data. Cloud Database, NoSQL, Lightweight and Cache, and Relational Database are some of the popular types of databases used by full stack engineers.

Once you’ve assembled your tools, the next step is to learn how to deploy your front-end on the internet. The development process is complete at this point, and the website has been tested. All that remains is to deploy the product to a live server. A developer with the right deployment skills can help ensure that no assets are lost.

The following are the steps in deployment:

The road to becoming a full stack developer will undoubtedly be long. It’s not just about learning different front-end and back-end technologies; it’s about understanding these two areas in greater depth and improving communication. Patience and curiosity in learning and mastering new frameworks can help you get to the desired level.

3 Reasons To Invest In A Travel Set