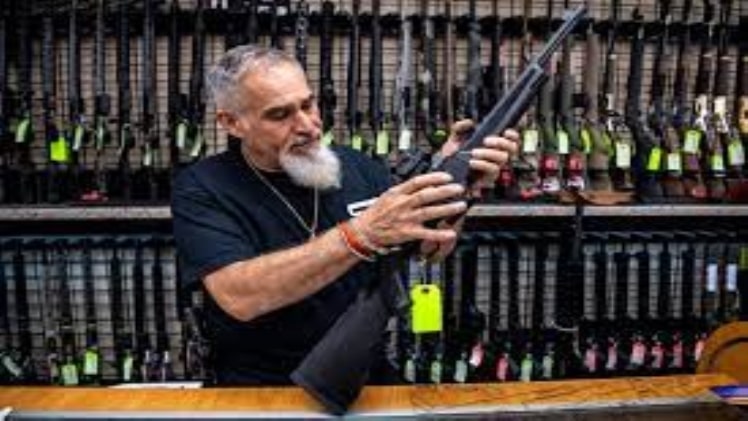 In a rare spat of bipartisanship, Congress passed a modest federal gun control law. Yet demand for guns continues to soar across the U.S. Gun sales, previously spurred to record numbers by COVID and civil unrest, continue to outmatch a supply chain constrained by inflation and logistical issues. What was, in 2020, viewed as an investment against uncertainty is now a rush to buy for fear of missing out: Gun dealers across the country continue to display empty shelves, while online retailers’ web pages remain splattered with out-of-stock notifications.

This shortage, coupled with consumer demand that continues to break sales records and the possibility of yet more gun control — the discussion about gun ownership is only likely to get louder as the 2024 election cycle approaches — is causing a new segment of the U.S gun market to emerge. Would-be buyers, whether collectors and enthusiast shooters or first-time owners, are no longer buying online guns. They’re building them from scratch.

While federal gun laws mostly restrict firearm sales and ownership, one section of the Gun Control Act carves out this little-known right: So long as the gun owner-to-be is otherwise legally allowed to possess a firearm, he or she may fabricate a firearm from scratch for personal use. No special license is required, lest such an individual begin fabricating and assembling firearms with the intent to sell them. But why is this new segment of the market exploding?

As demand for guns continues to outstrip supply, dealer premiums have skyrocketed. Rifles and handguns have increased in price by as much as 25% to 40%, while options and the opportunity to purchase any gun have dwindled. Gun buyers, turned off by these high prices and lack of inventory, are building out of necessity. That’s not to say there was never a niche hobby in at-home gunsmithing. In fact, this small but well-established subset of the larger firearms market has been aptly providing for this increased demand among new buyers and builders.

It’s difficult to break into the gun industry as a manufacturer: Overhead costs and plant assets are exorbitantly expensive; the Bureau of Alcohol, 80 lower, and Firearms imposes extensive paperwork, regulatory hurdles, and frequent inspections upon those manufacturers that supply the market; and margins are naturally razor-thin because of the aforementioned.

That’s because the ATF only regulates one, core component of every firearm sold. That single piece is typically the frame or receiver itself. These are the parts that require paperwork, serialization, and detailed tracking from production to final sale. But the Gun Control Act clarifies that an individual can fabricate that core component with no licensing required. So, a consumer who wants, say, a particular Glock handgun – but who can’t find one at a dealer – can instead fabricate their handgun frame from a blank. They can then source individual parts, or even purchase something called a “Glock 80 kit” – that’s a combination of those non-firearm parts necessary to assemble the handgun frame into a working firearm. The “80” identifier is somewhat of a misnomer; builders and sellers tend to agree that such kits include 80% of the parts required for any one type of firearm.

Most state legislatures would agree that Congress is often dysfunctional. So, many states have banned this practice of at-home gunsmithing. In places like New York and California, even non-firearm parts hobbled together are banned from sale. And, indeed, they’ve outlawed the fabrication of firearm blanks, contrary to current federal law. Yet one thing remains certain: As inflation and supply constraints continue to plague every consumer industry, and as the 2024 election approaches, demand for buying and building guns will only continue to grow.

What Are The Guidelines To Prepare For A Property Resale?

Approved Toys for Kids to Give as a Birthday Present

Is There a Cure for Dysphagia?