Jerseycasinos.com: Is gambling a sin? 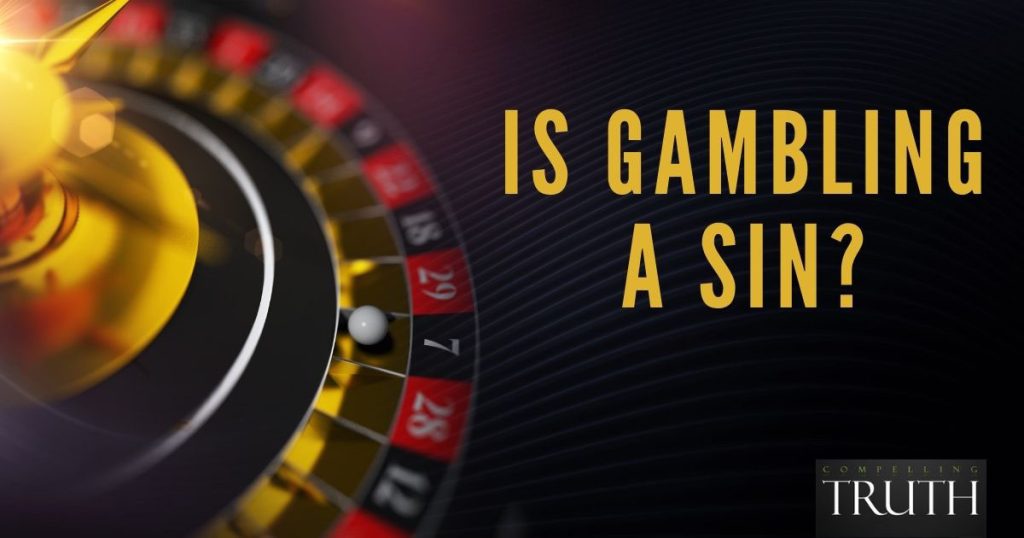 Gambling has long been a taboo subject for people of certain persuasions and there has always been debate about whether it is a good or bad thing. Even though the answer to why gambling is a sin has never been completely clear, we dug deep into the research and managed to find some exceptional information. There are many different theories, viewpoints and facts that we have compiled in order to be as objective as possible! You will find out whether gambling is a sin or not.

It’s true that many people around the globe love gambling. There may be thousands of online and land-based casinos, like nj online casino,  but does that essentially mean gambling is good for you? According to some religions and people groups, gamblers are considered immoral and sinful. In the following paragraphs, you will find information about many popular beliefs and see who says gambling is a sin.

Who says gambling is a sin?

When it comes to gambling, there are three types of people – non-gamblers, people who gamble occasionally and people who suffer from gambling addiction. It would make sense that people who have lost money gambling at a casino would despise gambling, but do they really? Well, it’s quite the opposite.

Even though it’s relatively easy to be inspired by the world’s most famous gamblers, it’s usually the non-gamblers who create awareness about gambling addiction, losses and activity as sin. In the table below, you will find which religions prohibit gambling.

Some religions are against gambling. For example, in Islam, all gambling that can bring you quick money is haram, which means that gambling activities such as playing cards at the best online blackjack casinos are forbidden. However, Muslims can still participate in certain activities that revolve around gambling, such as horse racing, camel racing and archery.

According to Islamic Sharia law, any funds won through gambling are considered corrupt and should not even be given to charities. There are also some interesting theories and myths about Christianity and gambling which we will deal with below.

Why is gambling a sin according to the Bible?

There has always been tension between gambling and religion. As already mentioned, Islam categorically forbids certain gambling activities and says that money won through gambling is considered corrupt. In Christianity, however, the line between forbidden and permitted is quite blurred.

However, many people argue that gambling is a sin according to the Bible, but there is still a lot of debate about that too. From our research, we have found that both sides may be right to some extent.

So why is gambling a sin according to the Bible? Even though the answer to this question is quite complicated, we will do our best to explain it as simply as possible. Even though gambling was never addressed in the Bible, there are plenty of sentences and quotes from it that can apply to gambling. According to the holy scripture of the Christian religion, people should work hard for their money and not earn it by “doing nothing”.

According to the Bible, man should stay away from any activities related to greed and gambling is considered one of them. In the holy book, it is also mentioned that any wealth acquired in haste will quickly disappear.

However, while some Christians say gambling is a sin, many religious people assume that gambling in moderation is perfect. Finally, the Bible does not say that fast money through gambling is considered corrupt, and giving it to charity is okay.

Some theories hold that gambling is good because you use your winnings for good deeds. However, many religious people assume that money won through gambling is usually spent on immoral things, such as drugs and alcohol. Such things are closely related, which is why gambling laws around the world are similar.

So why is gambling a sin according to the Bible? The holy book of Christianity never mentioned anything about the sin of gambling, but it does say that greed leads to destruction.

Do people think there’s something wrong with gambling?

While most casual gamblers don’t think there’s anything wrong with a few sports bets or an evening of poker at a friend’s house, many people would still agree that gambling can be harmful to your life.

In 2022, there are many horror stories about gambling addiction that can scare almost every new gambler. Even though gambling has been a means of entertainment for thousands of years, certain groups of people say gambling is a drug and should be treated as such.

While it is true that gambling addiction should certainly be addressed as a real problem, many casual gamblers dismiss its dangers entirely. Nowadays, many activities can be seen as gambling.

At the end of the day it’s your choice whether you want or not to gamble. All we can say is that you should do it responsibly and take into consideration to play only with a sum of money that you can live without.

How to Choose the Right Air Purifier?

How to fight ED from your home