NO SHAME WITH POSTPARTUM INCONTINENCE 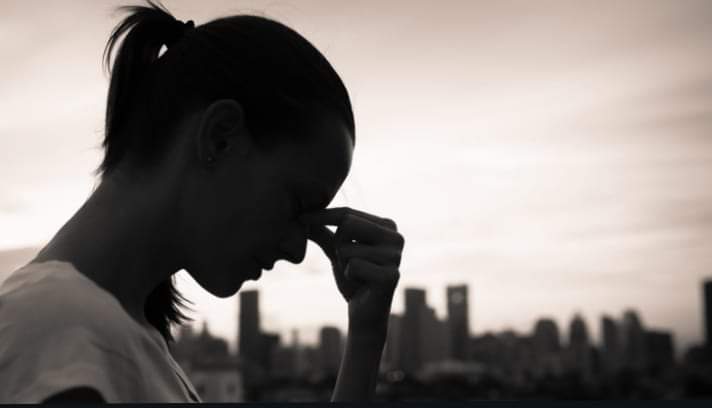 In the past, women have struggled with discussing medical issues owing to societal standards of being “perfect” beings, ignorant doctors, etcetera. Only recently, with advancements in technology and education becoming handy, women have been more open, which has resulted in light being shed on a number of topics.

Popsugar wishes to keep up with that very trend and energy to talk about a medical issue that affects a lot of women but is often guised under the “joy of giving birth”: Postpartum Urinary Incontinence.

What Is Postpartum Urinary Incontinence?

The bladder sphincter, a muscular valve located at the bladder’s bottom, regulates urinary flow. Laughing, coughing, sneezing, jumping and other physical activities can put extra strain on it. As a result of this pressure, stress incontinence, or urine leakage, can occur.

Some of risk factors related to postpartum incontinence are:

What Causes Urinary Incontinence After Childbirth?

The trauma of childbirth is one of the most critical risk factors for female Stress Urinary Incontinence (SUI). Numerous studies have linked vaginal delivery and labor with vacuum extraction or forceps to an increased risk of postpartum SUI.

Furthermore, postpartum incontinence can be caused by various factors, including pregnancy-induced hormonal changes and a baby’s passage through the birth canal during delivery.

The trauma of childbirth is one of the most critical risk factors for female Stress Urinary Incontinence (SUI). Numerous studies have linked vaginal delivery and labor with vacuum extraction or forceps to an increased risk of postpartum SUI.

Furthermore, postpartum incontinence can be caused by various factors, including pregnancy-induced hormonal changes and a baby’s passage through the birth canal during delivery.

• Environmental and lifestyle factors such as smoking influence a woman’s likelihood of developing incontinence after pregnancy.

• Women with a higher BMI during and after pregnancy are more likely to experience postpartum incontinence.

Yes! Other than those related to the body, postpartum incontinence can be caused by a variety of non-physiological factors.

• Age: Women lose 1% of their striated urethra muscle each year, which lowers the pressure in their urethra. Age at first delivery has risen over the last few decades. Prevalence of UI rises during a woman’s reproductive years.

• Overweight: In the United States, 26% of women between the ages of 20 and 39 are overweight, with 29% obese. Increased intra-abdominal, intravesical, pelvic floor and urethral mobility are all thought to play a role in causing UI in overweight individuals.

How Common Is Postpartum Incontinence?

Postpartum incontinence is more common than most people realize. Most women shy away from discussing incontinence owing to the fear of being ridiculed. This anxiety results from society’s unrealistic expectations for women, and it has repeatedly harmed women’s mental and physical well-being.

Although a very boring and technical aspect, let’s crunch and go through some numbers to better understand what we are dealing with.

Compared to the general population, pregnant women are more likely to develop UI (17–54%). Estimates of pregnancy prevalence range from 35 to 67%. The incidence and prevalence of UI postpartum are also high, with estimates ranging from 5–21% and 15–45%, respectively. According to a recent systematic review, UI postpartum is estimated to be 31% common.

How To Treat Postpartum Urinary Incontinence?

Regardless of how severe their symptoms are, only a tiny percentage of patients seek medical attention as the condition can be managed by the help of a huge range of incontinence products in the market.

• PFMT: The most rigorously tested method of preventing urinary incontinence during pregnancy is pelvic floor muscle training (PFMT). As a first-line treatment, PFMT is used to treat and prevent pregnancy-related urinary incontinence (UI). In the MoBa study, pregnant women completed PFMT in week 30 of their pregnancies. PFMT improves UI by raising the resting tone and improving the ability to cough up mucus quickly and powerfully. PFMT raises intraurethral pressure and immobilizes the urethra to prevent urethral descent.

• Diet: If consumed in large quantities, coffee, citrus, spicy foods, and soda can irritate the bladder, so reducing them can improve incontinence symptoms.

• Bladder Training: It is recommended that the bladder’s muscle be strengthened regularly. It is possible to build bladder strength by scheduling urination times and gradually increasing the time between urinations.

• Being conscious of one’s habits: Obesity and smoking can put undue strain on the pelvic floor muscles. Other medications, as well as antidepressants and antihistamines, can affect urinary incontinence.

• Pessary:It is a device inserted into the vagina to support the vaginal tissues, thereby assisting with urinary incontinence.

All the statistics and data aside, women need to keep in mind that incontinence after childbirth does not have become an everyday part of their motherhood. There is absolutely No Shame in suffering from postpartum incontinence as the body undergoes a number of changes before, during and after pregnancy.

Asking for help is frequently the first step towards finding a solution.

4 Things you should Know about LUVME human hair wig

Luvme a store worth visiting

Why Sous Vide Steak is Better Than Grilled

What are Human Hair Bundles and which is the Best for You?