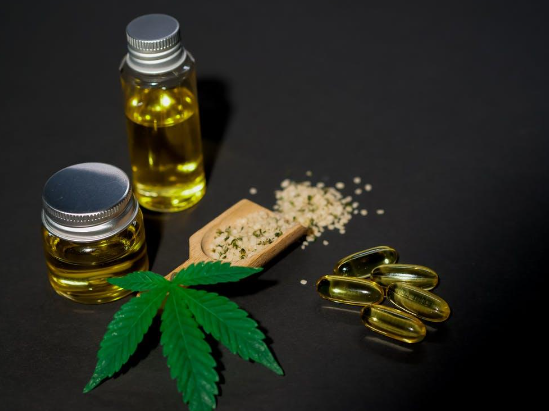 CBD has long been on everyone’s lips, but did you hear about delta-8 THC?

Delta-8 THC (tetrahydrocannabinol) is a cannabinoid found in the hemp plant, like THC and CBD. But, unlike the latter, delta-8 is not present in high amounts because it’s frequently produced from hemp-derived CBD. As you’ve probably guessed, it’s situated somewhere between CBD and delta-9 THC in terms of psychoactive effects, which means it gives a certain level of “high.”

Often called delta-9 THC’s nicer younger sibling, delta-8 has known much buzz lately, being highly recognized for its incredible medical benefits. More and more people have turned to this variant of cannabis, as there’s a growing need for something else among consumers. Luckily, delta-8 is that “something else” everyone is looking for, and we’ll see why.

So, if you’re curious about a presentation of this compound, you’ve come to the right place!

The legality status of this compound is probably the most asked fact regarding delta-8 THC. The truth is that this status is somehow unclear since there’s not a specification about it in federal law. We only know that CBD extracted from the cannabis plant is legal according to the 2018 Farm Bill. However, concentration above 0.3 THC is forbidden, but since delta-8 is not the same as delta-9, it should have the same legal status as CBD.

That being said, delta-8 hasn’t been categorized as illegal at the federal level, so there are no restrictions on its use. And there’s hope on the horizon that more and more states will slowly legalize both delta-8 and delta-9.

Maybe one of the reasons delta-8 is not so well-known as CBD is that it’s not that easy to find. The amount of delta-8 found in cannabis is minimal, approximately 1%, which is comparably insignificant if we mention the quantity of THC found in Cannabis Sativa. It has, without any doubt, a limited availability, and that’s why it didn’t produce the same effect on the cannabis community as THC or CBD did.

But its popularization is starting: since the idea of cannabis being legalized has become more sympathized, the future of delta-8 looks promising. More research on the various ways of breeding and extracting this compound is in progress, so probably, in the following years, delta-8 won’t be as rare as it is now.

The future of medicine

You probably know that CBD has a multitude of health benefits, but how about its cousin? Delta-8 is just as promising as CBD, being recognized for its therapeutic properties. Among the various potential benefits of this compound are promoting relaxation, stimulating appetite, easing pain, and reducing nausea. As in the case of CBD, it interacts with your endocannabinoid system (ECS) receptors (CB1 and CB2), responsible for the normal functioning of brain nerve cells (neurons), digestion, and more. Before taking delta-8, we advise you to read a bit about it to know what to expect from this compound. As we already mentioned, it’s not the same as CBD and THC, so if you’ve consumed CBD and experienced some sensations, delta-8 may not give you the same sensations.

Delta-8 may also be an effective treatment to fight against vomiting during chemotherapy treatments for cancer. This hemp extract can thus help people with cancer, which is huge if you ask us.

So, if you’re thinking of taking delta-8 for its incredible health benefits, learn that you have plenty of options; as in the case of CBD, there are various products containing d8 like, for example, tinctures and gummies. If the latter stirred your interest, don’t think twice: find the delta 8 gummies near you because there are definitely some!

As unexpected, as accurate: delta-8 THC can help you piece together what happened last night when you gave a big party. It’s known for calming the nerves, stimulating appetite, and inducing relaxation, so is there any better antidote for a hangover? Due to all these properties, you’ll see a significant improvement in mood that, as we all know, is really down the morning after.

Since delta-8 THC became a buzzword, we need to separate facts from myths, so here it is: there’s no delta-8 flower. The process of extracting delta-8 from the cannabis plant is complex: plants need to be extracted, separated, transformed, and purified, so the remaining amount of delta-8 is minimal. On the other side of the fence, CBD flower is real and is used to make CBD-based products. The high concentration of CBD in the cannabis plant makes it possible for individuals to enjoy a CBD flower. As regards delta-8, cannabis and hemp plants contain a limited amount of this compound, making it difficult to turn it into a flower. But the cannabis industry has evolved, and solutions started to arise: some manufacturers spray delta-8 THC on their cannabis flowers, which allows fans to reap the benefits of this cannabidiol and enjoy the sensation of vaping and smoking at the same time.

The strains of delta-8 THC and the use of terpenes

Delta-8 THC has three strains: Sativa, Indica, and Hybrid. These strains make use of numerous terpenes, aromatic compounds that can be found in the hemp plant. There are more than 20,000 terpenes out there, and only the hemp plant alone produces approximately 100. The most popular terpenes include Linalool, Eucalyptol, Limonene, and Alpha-Bisabolol. We’re pretty sure you’ve heard about some of these or, at least, found them on different self-care products’ labels.

These terpenes contribute to the different flavors and scents of the delta-8 strains but notice that each strain can feel different, so if you prefer one to another, it’s perfectly normal.

Cannabinoids have gained ground, starting to be more and more appreciated among consumers. CBD is, without any doubt, the most popular hemp plant compound, but other fascinating compounds have started to corner the market, including delta-8 THC. Research on this compound is still ongoing, but what has been found until now sounds promising. So, if you tried CBD and liked it, it would be a pity not to give delta-8 a chance.

Why is Car Insurance Important?