Learn how obesity causes all the common problems?

Top 5 Life Simulators of All Time

By SabithNovember 3, 2021No Comments5 Mins Read 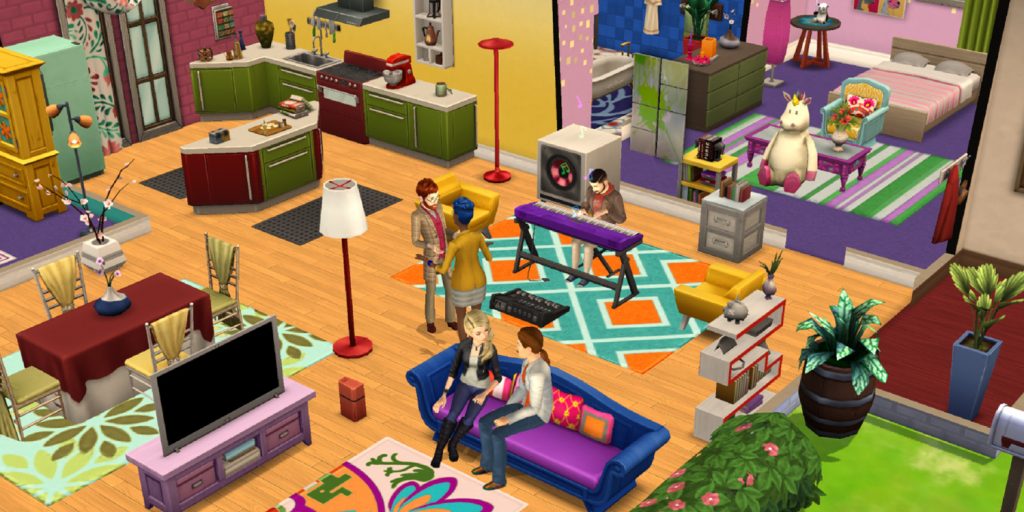 Why play life when there is real life? Or why do people choose online slots if there are hundreds of land-based casinos worldwide? Many people play simulators, where they manage fictional characters, build their careers and love relationships, and build a virtual house. These are the best life simulators on PC. And try not to get too carried away with them!

The first full-fledged life simulator, which appeared in 1985, laid the principles of the genre, which exist to this day. The game location is limited to the home of the hero, where he does everyday things: cooking, cleaning, watching TV, etc. The player could just observe the character, and could participate in the process: give him various commands, give him gifts, etc. The house could be arranged to your liking, for example, by purchasing new furniture.

The creators of the game positioned it as a window into the life of little people, really dwelling inside each computer. Procedural generation of levels created a unique home and its inhabitant for each player. The game won Golden Joystick Awards and was ported to all popular platforms in the 80s. Alas, the release for modern computers and mobile devices was not, so if you want to touch the classics, you will have to install an emulator or find a browser version of the game.

The most famous life simulator, which appeared in 2000, has acquired a series of sequels and countless content packs, the full collection of which requires an impressive amount of money. And the developers of the game had no idea it would be a hit, hoping only to occupy a small genre niche of toys for elementary school age children. And only Will Wright, inspired by a previous game on our list, believed in his project, for which he had been looking for investors since 1993.

The Sims is a true cultural phenomenon. The game has one of the largest fan communities in the world, who call themselves Simmers. The latest part of the game leads the world in the amount of user-created content. Players create entire stories in the game and live life with their characters, and the creators of the game provide every possible tool for this.

While The Sims is a game, Second Life is more like a social networking game in a virtual space where everyone is hiding under an avatar created in the local character editor. Here you have to do what you do in real life: communicate with other people, have fun, arrange your life and even go to work. All goods and services in the game are sold for local currency, Linden dollars.

The economy of Second Life is built by the players themselves, and therefore has features of the real. Not to mention the fact that Linden dollars can be legally withdrawn in real money with PayPal. And some players earn their money for real life by playing virtual life. However, you should not abandon everything and register in Second Life for the “free” earnings. In order to withdraw significant amounts of money from the game you will have to spend more than a year to master it and develop in it, after which Second Life is likely to turn into a routine for you.

The next game focuses on the story of one virtual family whose members will be born, grow up, live and die under your supervision. This game can’t avoid comparisons to The Sims, and is inferior in functionality to Electronic Arts’ creation, but Virtual Families has its own interesting findings.

First, virtual humans don’t stop living when you turn off the game, a year passes in three hours. If you don’t visit them for a long time, you may find out that the kids are grown up, grandma is dead and the father is abusing alcohol without your control.

Second, the game is easier to understand than The Sims. Even a child can understand the game’s controls and features, and this simplicity is good for you. If The Sims seems overloaded with content, you’ll get the hang of Virtual Families in no time.

From life simulations of ordinary people, let’s move on to the simulation of life as a phenomenon. Maxis’ ambition in this game is astounding: Spore covers the history of life from its beginnings in the primordial broth to a highly developed civilization capable of interstellar flight. Starting the game in the living cell stage, you’ll take manual control of evolution and attempt to lead the species you’ve created to dominance on the planet and then in the galaxy.

Each stage in Spore is essentially a different game: from casual action where you have to feed your infusoria while avoiding contact with larger and more aggressive microorganisms, to global strategy with diplomacy, economics, and war. But the main advantage of Spore is the living creatures editor, with which you can create amazing organisms that inhabit the virtual world. The game is almost 15 years old, and this editor is still amazing.

The wonders of animal races as entertainment

How Artists Can Use Spotify For Music Promo

How To Get Into Acting – The Easy Way

Delta-8 Shatter: How to Choose

Tips to Remember So You Can Improve Your Car Buying Experience