Top Reasons to Shift Your Angular Project to React 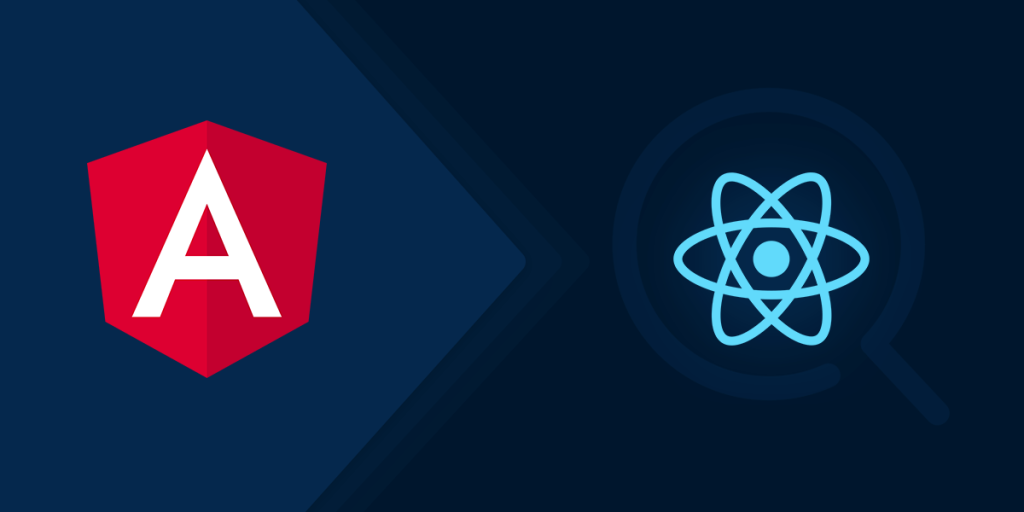 One of the most widely used JavaScript frameworks is Angular, and the other is React. Both React and Angular are free and open-source JavaScript front-end libraries and frameworks. Angular is one of the most popular programming languages for creating reliable web apps because it was developed much earlier than React.

The assistance and reliability of Google were two important components that went in the right direction. Additionally, it aids developers in resolving difficulties with single-page application development. They also assist in creating cross-platform programs by syncing the relevant information between model and display components.

There was a shift in the paradigm as React gained prominence, though. React was far superior to Angular in terms of speed, efficiency, view library, straightforward API, and lightweight components. Thus the developers began to switch over gradually. Therefore, you may hire reactjs developers to construct a reliable, effective, and optimized performance application.

However, Angular has a few flaws that caused developers to run into issues, which prompted them to search for Angular alternatives. This post will provide insight into the main arguments favour switching your Angular project to ReactJS.

Reasons why Developers consider React an alternative to Angular

Making the switch from Angular to React has several benefits. Due to React’s proximity to Javascript and ability to fully utilize modularity, most developers are switching to it. Here are a few additional arguments to persuade you that reacting first might sometimes be the best course of action.

With React’s building blocks, you may choose the best one to solve your problem with a degree of freedom. It is innovative because it permits exchanging components for testing and implementing new ideas. State management is carried out using MobX and Redux to share data with Preact and Inferno. However, because Angular provides its solution, this strategy is not practical.

React is a library rather than a framework. Therefore, you use the Virtual DOM layer rather than the Document Object Model. This is a factor that quickens the pace of development. React used the Virtual DOM if rendering was constantly happening. This implies that it just changes the DOM’s specific area that must be updated. The Virtual DOM is a fantastic tool to have at your disposal. Additionally, it fixes difficulties with cross-browser compatibility. The cross-browser unified API is available to developers and can function on outdated browsers like Internet Explorer 8.0.

Regarding this, Angular offers two-way data binding while React employs unidirectional flow. Using one-directional data flow in JavaScript applications is made possible by the Flux architecture, which you must remember. In addition to making bug fixing easier, Facebook created it with a view library intending to streamline development activities. The capability of integrating it with different frameworks only makes this feature more advantageous.

One of the main issues with single-page javascript web apps is that the search engine’s ability to crawl them is severely limited. The good news is that the response has identified a fix for the problem and can pre-render applications on the server before delivering them to the browser. The status of the active application can be restored thanks to this. By doing so, the living application’s condition can be restored. The server is mostly dependent on search engine crawlers. The SEO odds are improved by response pre-rendering.

The growing global community and rising popularity of reactjs are two more key benefits that encourage developers to switch from Angular to React. New individuals are joining the developing team every day, seeking fresh perspectives and creative ideas as they do so. The ecology is being pushed in a different direction as a result. The community group’s more seasoned campaigners teach the developers a lot, and they may ask for assistance from the members if they run into problems.

Two distinct kinds of components are available in React. Stateless stateful components and ES6 components. A boilerplate is not required for stateless functionality. In other words, you employ them whenever you access a component’s state or a lifecycle function. It makes the parts portable, compact, and reusable as a result.

React has components that are found in lifecycle methods. There are nine methods, but you only need a few of them to control the many parts of an advanced react application. The inner component’s state may be updated using the ES6 class component function SetState(). You may learn more about ideas like state and props in the official react document.

The development of the building blocks is the center of the ecosystem known as React. Furthermore, it allows you to decide on the building pieces you’ll use to solve the issues. It provides the ability to interchange blocks easily and conveniently, which makes the duty of the developers even easier.

For the state management, you could remove Redux or MobX, for example. The fundamental component itself can be modified. As an illustration, you could replace React with libraries like Inferno and Preact. Because Angular uses the JavaScript framework for its solutions, you won’t find this feature there.

Loaders and bundlers are necessary to meet your job demands while building huge apps. As a result, developers flock to React because JavaScript frameworks do not include this crucial feature. To achieve the goal, React works with and supports Browserify, RequireJS, and Webpack. Utilizing Browserify, it was created. The support of CoffeeScript is less necessary for adding photos, though.

View and Controller at Single Place

It’s not a good idea to constantly use the standard approach because the recently announced web apps operate differently. With this in mind, you must know how much the View and Controller depend on one another. As a result, you must update the View layer in response to user input without disturbing the server. Unlike previous frameworks, React has taken a distinct approach by keeping the View and Controller in the same location without requiring a third-party engine.

Following are some of the tech giants using both React and Angular.

Every framework aims to provide solutions and technologies that boost productivity and enable industry change adaptation. Hire dedicated developers who have a wide range of React Development experience. The cutting-edge building blocks support programming that is functional and lightweight components. Access to the bigger community and a third-party library is made available by React.

Ronak Patel is a CEO and Founder of Aglowid IT Solutions, an ever-emerging Top Web and Mobile Development company with a motto of turning clients into successful businesses. He believes that Client’s success is company’s success and so that he always makes sure that Aglowid helps their client’s business to reach to its true potential with the help of his best team with the standard development process he set up for the company.

3 Steps To Use Affiliate Marketing For Your Business

Things to Do in Europe That Every Traveller Should Do