What Is Ethernet Cable For? 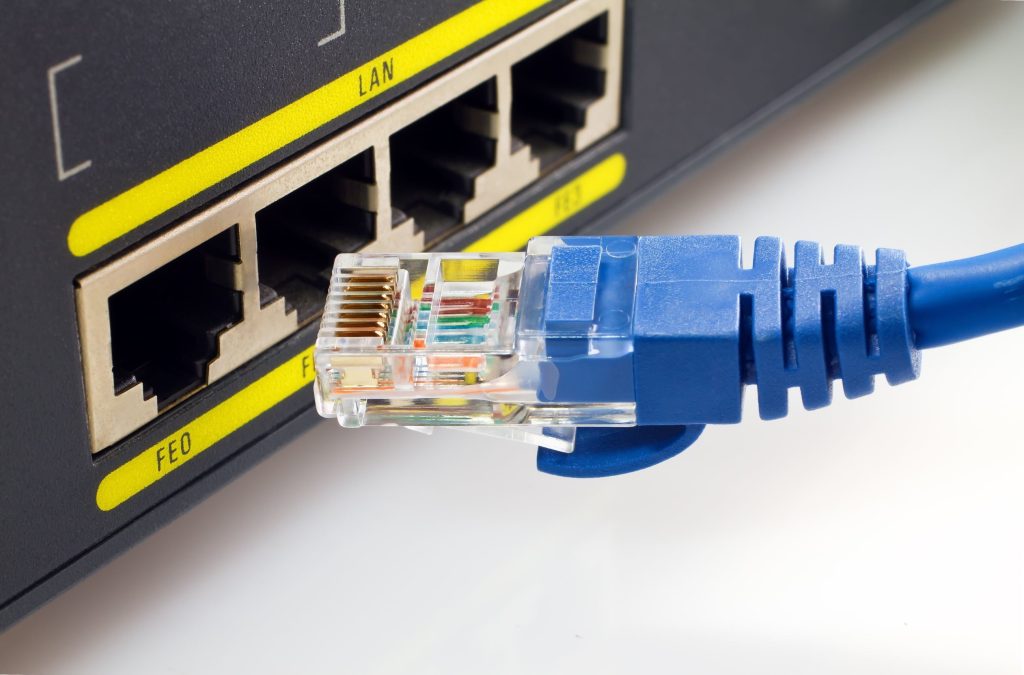 Let’s begin with how they were first invented. It was in 1974 and then Xerox’s (PARC) Palo Alto Research Center electrical engineer Robert Metcalfe developed the first ethernet cable. A year later, Xerox patented ethernet cable and listed Metcalfe with colleagues David Boggs, Chuck Thacker, and Butler Lampson as inventors.

By 1976, the first ethernet system has been upgraded, resulting in 10 Mbit/s ethernet. Of course, this was pretty impressive at the time. That same year, Metcalfe and Boggs wrote and published a paper about ethernet cables and local computer networks.

Knowing that his invention shouldn’t be exclusive to just one company, Metcalfe left Xerox, founded his own company 3Com and convinced Xerox, Intel, and DEC (Digital Equipment Corporation) to promote ethernet as a new standard. Xerox eventually relinquished its trademark on ethernet. All this happened in 1979.

By 1980, the first standard of ethernet is released to the public. The rest was history. Several upgrades to the ethernet cable and numerous inventions from the ethernet switch to ethernet-enabled devices like HP’s Laserjet printer, transceivers, Power Over Ethernet (POE), and more.

Uses of Ethernet Cables in the Past and Today

In the beginning, ethernet cables were invented to create a technology that could connect many computers (supposedly Xerox devices) over long distances. The idea was applied in real life in 1982 when 3Com built Ethernet cards (or plug-in circuit boards) for the IBM computer, making connecting between computer networks efficient and convenient.

Throughout the mid and late 80s, instant messaging also became possible from one computer to the next. However, this does have limitations since cable ethernet lengths can only go so far.

Of course, today, everyone has an option to use Wi-Fi (wireless technology), but most wi-fi connections also come with a router that lets you use ethernet cables directly to your computers. Plus, because Wi-Fi internet is known to be more finicky, using ethernet cables to connect devices to the router is often the better choice.

Now, aside from just computers and laptops, ethernet cables can also be used for interconnecting smart appliances and other personal devices. While not all smart devices can be hard-wired, there are security systems, smart home hubs, and other similar gadgets that are still built with ethernet ports (that accommodate ethernet cables if needed).

There are also ethernet adapters invented a while back that can connect devices built without ethernet ports to actually accommodate ethernet cables and get hardwired to the internet.

Ethernet is also used in industrial applications, especially for telecommunications networks. The use of ethernet cables in various industrial industries remains the same as it was invented in 1976 – it can still connect computers on a single local network. But because ethernet can also adapt to modern internet technologies, industrial companies can customize their communication requirements more flexibly.

Ethernet data transfer rates have been increased from the original 2.94 Mbit/s in the 1980s to the latest 400 Gbit/s, with rates up to 1.6 Tbit/s under development.

If you’ve shopped around for the types of ethernet cables available today, you know that the tech industry has continuously worked on ethernet to be faster, larger, and more flexible than the last standard (or ethernet cable “category”). By 2022, the standard ethernet speeds range from 10 Mbps (megabits per second) to 400 Gbps (gigabits per second).

What’s great with ethernet cables is that every new standard or category introduced into the market doesn’t make the older ones obsolete. As such, even if you’ve been using your ethernet cables for your wired internet for over 10 years and the speed doesn’t seem to change, you can still use the same cables without the need to upgrade to a newer cable.

An Ethernet controller runs at the speed of the slowest connected device, which is helpful when mixing old and new technology on the same network.

How to choose the best jewelry suppliers for your store?