5 Best Ways of Learning Python From Beginner to Advanced 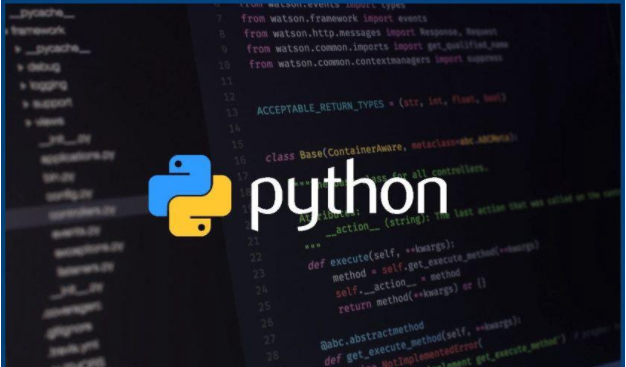 Python is a high-level, general-purpose programming language. It’s designed to be very easy to learn, and it’s used for everything from simple scripts to complex web applications.

Python is an interpreted, object-oriented programming language with dynamic semantics. Its design philosophy emphasizes code readability. As a result, Python’s syntax allows programmers to express concepts in fewer lines of code than might be possible in languages such as C++ or Java.

Python has an elegant design and is easy to read. It has a dynamic type system and automatic memory management, but it still supports explicit type annotations if desired. Python supports multiple programming paradigms, including object-oriented, imperative and functional programming styles.

Python provides built-in data structures such as lists, sets, dictionaries, and maps. It also provides modules for performing common tasks such as system administration or web development. Python provides interfaces to many external libraries or packages of pre-written code that can be used as part of the application.

The Python programming language is a popular and versatile choice for software developers. It has been developed primarily by a group of volunteer programmers, and its development is overseen by the non-profit organization Python Software Foundation.

Python was created to be an easy-to-understand language that encourages programmers to code more efficiently. Learning Python online courses can make you more marketable in the workforce, as employers are increasingly looking for developers who know this language.

Python is the most popular programming language for data science and machine learning, and it has become a standard in many other fields where there’s a lot of data manipulation. It’s also the second-most famous language (after Java) on GitHub, which suggests it’s the most frequently used language for building new projects.

Python is one of the most popular programming languages today, with many Python tutorials for beginners available for would-be coders interested in learning it.

Python is the most popular programming language at the moment. It is used for many purposes, primarily because of its versatility. Python can be used for simple scripts to complex web apps or game development. Learning Python will provide you with a skill that you will be able to use in your field of work or in any other environment you might find yourself in where coding skills are required.

Here are the top five ways of learning Python effectively –

Python is one of the most popular languages among developers. It has been given the status of being an easy-to-learn language if you come from a non-programming background. This makes it especially popular for people who are new to coding and want to learn Python for their work requirements or simply out of curiosity.

So, if you are looking for an easy way to learn Python, take up online free Python courses that offer an interactive learning experience with practical examples and a project-based learning approach. Python is a versatile programming language that can build simple web pages for complex video games.

The benefits of learning Python courses are that once you are fluent, the language will be more straightforward to implement into future projects. Knowing Python in your native language is beneficial for beginners and experienced programmers looking to level up their skillset. Learning in our native language allows better retention.

To be a successful programmer in any field, you have to stay on top of the latest trends. Unfortunately, for Python programmers, there is a lot of information that needs to be tracked, which can get overwhelming. That’s why we’ve compiled a list of some of the best sources where you can find tutorials, blogs by industry experts, and other helpful tidbits.

One way of getting started with Python is by completing beginner-level tutorials on YouTube or different blogs written by industry experts.

Learning Python is one of the best ways to get more job opportunities. This programming language is used in many companies and startups around the world. So it’s not just about making money but also about building skills valued in today’s competitive workforce.

One way to learn Python is by leveraging social media websites like Github or dev communities on LinkedIn groups. Github is a web-based hosting service for project development. It offers all of the social networking features of GitHub and the ability to share and collaborate on projects.

The dev communities online consist of developers networking with each other through conferences, meetups, and web services like Github to share ideas and collaborate on projects.

A significant reason for the popularity of Python is its high-level design. This programming language has been simplified to minimize the time required for a developer to write code. In addition, it has many features that make it easier to use and learn.

For many people, it can serve as an introduction to computer science in general. In today’s job market, certification is crucial.

Python has been used to develop various applications, from data analysis to web servers. It is also popular among programmers, with an estimated 1 million out of the 7 million programmers in the world working on Python development. There are many benefits of obtaining a certificate in Python programming language. It will improve your skillset, help you find better jobs and make you more valuable at work.

Learning Python can help you learn how to program in general. You can create your code that does what you want it to do more efficiently or allows you to access more powerful technologies. Learning Python will also help give you a better understanding of data manipulation and how different programming languages interact.

Some Best Fashion Tips To Ensure You An Attractive Look

3 Reasons Why Marketing And Accounting Teams Should Work Together