Vodka; a Distilled Beverage with Alcoholic Content Ranging From About 40 To 55%

By SabithDecember 23, 2021No Comments4 Mins Read 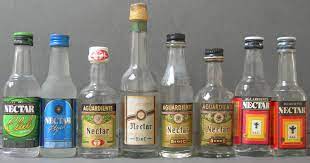 Vodka is a clear distilled alcoholic beverage/drink mainly composed of water and ethanol but sometimes with traces of impurities and flavorings. Overall, vodka is known for being a taste-less clear liquor with its flavor coming mostly from the burning sensation of consumption. The raw material used for preparation of vodka include starches or sugar plants, such as wheat and vegetables such as potatoes. Moreover, it is usually used in cocktails as it has a clean taste and is colorless, and thus pairs well with any alcohol/flavor. The amount of alcohol in vodka varies depending on the type of vodka as well as its location. The European Union has established a minimum alcohol content of 37.5% for vodka, while in the United States, it is 40%.

“According to Coherent Market Insights, global vodka market is driven by the rising interest in cocktails culture among millennial consumers. Companies are now experimenting with innovative flavours for vodka cocktails which is drawing consumers towards exploring more expensive alcoholic beverages. Key players are launching new products to align with these rapid changes in consumer preferences. For instance, in 2019 Pernod Ricard launched, a Caviar-infused vodka called L’Orbe. Moreover, Hilton Head Distillery also launched ‘Aermoor’, a vodka that tastes like birthday cake.”

The different varieties are named after their geographical origins. Poland, Russia, Sweden, and Ukraine are the traditional countries where vodka is produced. It is primarily made up of water and ethanol, and can also contain traces of impurities and flavorings. It is traditionally produced by distilling the liquid from fermented cereal grains. The process of making vodka is simple. In present time, vodka is made using fermented grains such as rye, corn, wheat, rice, and even fruits and molasses. Apart from the main ingredient, the process requires water, malt meal, and yeast. Malt works as an active ingredient that helps convert grain starch into sugar. Traditional vodka is made from water and ethanol from the fermentation of cereal grains.

Once distilled, it is ready for consumption. The distillation process is what increases the alcohol content. In order to ensure that a particular brand of vodka is free from contaminants, it must pass a fire test. If the liquid passes this test, then the liquor is safe to drink. Its taste can also be improved. Some types are sweetened with honey, while others are plain. In addition to drinking vodka straight, it is also available as a drink. It is traditionally made from grains, although some forms of it can be produced from fruit and molasses as well. The main ingredients for vodka production are water, malt meal, and yeast. The malt converts starch in the grain into sugar, while the yeast enzymes help the food cells to absorb oxygen.

The process starts with boiling the grains, adding water, malt, and yeast to the mixture. Once the grain mixture cools, the yeast is added and the resulting liquid is the beverage. The name of the drink comes from the Russian word for the water (voda). It is also possible to create own version of vodka, a liquid that combines various ingredients in an interesting way. It is easy to make a cocktail using vodka, and it can be a great way to try new flavors and tastes. Its unique flavor and color are derived from the fermented grain. Its aromas and taste are complemented by a variety of botanicals, and it can be found in any liquor/wine shop. Vodka has no sugar and fewer calories than some other liquors, and can be a slightly healthier option.

Vodka is an antiseptic, antitoxin, and disinfectant alcohol drink with almost zero fat. It is very much effective in reducing stress and improving cardiovascular health. However, like most alcoholic beverages, it has ample health benefits only when consumed moderation.

Vanuatu Food Guide: 5 Amazing Foods you Need to Try When You Visit Vanuatu

Saffron Is a Type of Spice, With a Sweet Fragrance, and Are Mainly Added To Several Dessert Preparations

House Decorations; How To Make The Exterior Of Your Home Look Outstanding?