By JonathanDecember 2, 2022No Comments6 Mins Read 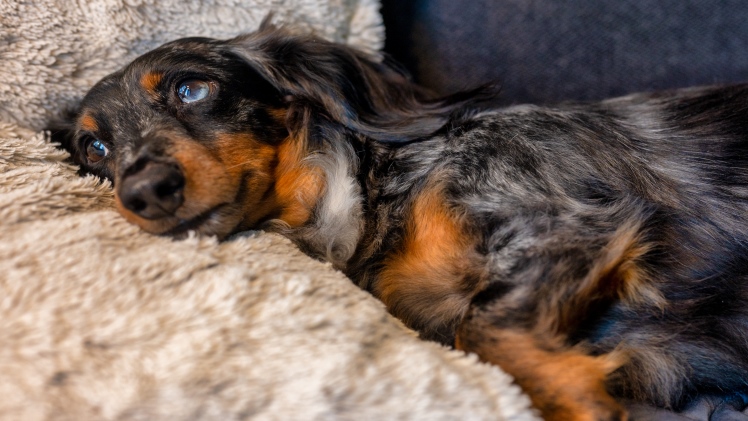 Heartworm, distemper, and fleas are not just a nuisance for your dog. They can be life-threatening. Parasitic diseases in dogs are becoming more prevalent in developed countries like the United States.

The good news is that most of these diseases are preventable with proper treatment and preventative care. However, they still pose serious risks to all dogs, especially those in rural areas or with limited veterinary care access.

Heartworm is a serious disease that affects dogs and cats and can be fatal if left untreated. It’s transmitted through mosquito bites and then lives in the heart and lungs of your pet, causing heart failure.

Unfortunately, many people don’t know about this disease because it’s not as common as other parasites like fleas or ticks. However, it’s necessary to educate yourself about heartworm because effective treatments can save your dog’s life.

Mosquito bites transmit heartworm, and the larvae live in the heart and lungs. The parasite can cause heart failure in dogs if left untreated, so it’s crucial to have your pet tested for this disease every spring and fall. According to Kansas State University, dogs above seven months can be tested for heartworm.

The disease is curable with proper medication. Your dog will need to be treated with medication, like Heartgard Plus chewable for dogs, for at least six months to destroy all the worms in his body.

Canine distemper is a highly contagious viral disease that can cause coughing, fever, vomiting, and diarrhea. It can also lead to neurological symptoms such as seizures and paralysis.

If left untreated, it can be fatal for your dog. There are vaccinations for canine distemper, which will prevent your dog from contracting or spreading the disease if he does come into contact with an infected animal.

According to American Veterinary Medical Association, if you suspect your dog is infected with canine distemper, you should separate your puppy from other dogs to minimize the risk of further infection.

In addition to vaccinations, it’s recommendable giving your pet an antibiotic. It will help treat any secondary bacterial infections which may occur due to canine distemper virus damage on their lungs or intestines due to vomiting, etc.

This disease is caused by a parasite spread through a sandfly’s bite. The disease can be found in dogs, humans, and other mammals.

The main symptom of leishmaniasis is skin lesions that develop on the face, ears, or legs. These lesions will be accompanied by fever. While it’s not deadly, it can cause discomfort for your pet, and you should seek treatment as soon as possible to avoid further problems.

The best way to prevent leishmaniasis in dogs is to keep them indoors during dusk and dawn when sandflies are most active. Also, try using insect repellent sprays on their body around those times.

It is also known as heartworm disease, a condition caused by parasitic worms called Dirofilaria immitis. These worms live inside your dog’s heart and lungs, where they cause inflammation and damage to their organs. In addition to this internal damage, several mosquitoes can transmit the parasite directly into a dog’s bloodstream through bite wounds.

Once inside the body’s tissues, these larvae develop into adult worms. Female worms can grow up to 15-36 cm long, and males can reach half the length of females and live for up to seven years in your pet’s body, as per VCA Animal Hospitals.

Symptoms of dirofilariasis include coughing or difficulty breathing, lethargy, lack of appetite, and weight loss. All signs indicate there could be something seriously wrong with your pup’s health. If you notice these symptoms in your dog after spending time outdoors, ensure you consult with a veterinarian right away. They can perform tests on him/her to determine whether or not he/she has contracted heartworm disease.

Cystic echinococcosis is a disease caused by the tapeworm parasite Echinococcus granulosus. This parasite can affect the liver and lungs of dogs and can be fatal.

Cysts are small fluid-filled sacs that form in the body when an animal is infected with E. granulosus. They’re usually found in livers or lungs but can also develop in other organs such as kidneys or eyes.

The cysts are filled with eggs from which more worms grow inside them over time. When these egg-filled cysts burst open, they release more eggs into your dog’s system and continue until symptoms appear.

There are two treatments available to get rid of this disease. One is surgery to remove all visible cysts from his body, followed by medication for several months. The other one is using an oral drug called albendazole and regular deworming tablets containing praziquantel.

Ticks and fleas are parasites that can cause serious health problems in dogs. They spread diseases such as Lyme disease, ehrlichiosis, and anaplasmosis.

Ticks transmit these diseases by attaching themselves to your dog’s skin. The tick then passes the disease-causing organisms into your dog’s bloodstream when it bites them again after attaching itself to your pup’s body. As a result, it can lead to joint pain, fever, lethargy, and loss of appetite. All signs of illness that may indicate a problem with a tick or flea infestation on your pet.

Fleas feed off of blood from pets’ bodies and pass tapeworms from one host to another. Unfortunately, they also cause anemia in dogs because their bodies can’t handle all those pesky bloodsuckers.

You should check your dog for ticks every day during warmer months since they thrive in warm weather conditions where temperatures are often above 90˚F every summer day.

These Diseases Can be Life-Threatening to Pet Dogs

If your dog has been diagnosed with one of these diseases, you must take them to the vet as soon as possible. These parasites can be fatal to dogs, and treating them requires specialized care. Treatment for parasitic infections is also often expensive.

Dogs can pass diseases between themselves. If you own multiple dogs and one gets sick with an infectious disease like canine ehrlichiosis or babesiosis and is not vaccinated, the other dogs may catch it too. It makes it even more important to treat any infected pets immediately.

If you think parasitic diseases are only a concern for cats and other pets, you might be surprised to learn that they are also incredibly dangerous to dogs. While some of these conditions can be difficult to diagnose, pet owners need to know about them to protect their furry family members from them. If you have questions about whether or not your dog might have one of these conditions, talk with your veterinarian immediately.

Pet Care for Beginners – What You Need to Consider

What Are the Best Low Maintenance Pets to Own?

Learn Everything About Heartworm Disease in Dogs

Becoming a Responsible Pet Owner: What You Need to Know

How to Practice Self-Care While Traveling

How to Incorporate Core Aesthetic Elements Into Your Looks