9 Types of Gamers You’ll Meet in Your Life

By JonathanAugust 11, 2022No Comments4 Mins Read 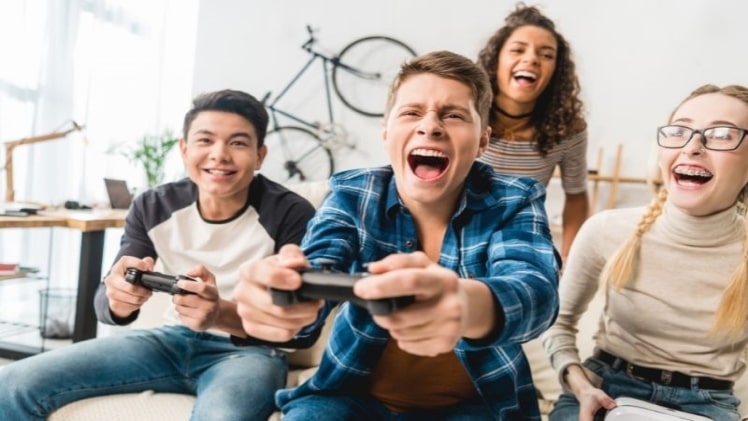 Now, there are all sorts of gamers, each with their own unique playing style, motivations, and preferences. Here are 9 types of gamers you’re likely to meet in your life:

This is the type of gamer who is absolutely obsessed with gaming. They live, breathe, and eat games. They probably have every console ever made and a huge collection of games to go along with it. Diehard fanatics are usually really good at gaming because they’ve spent so much time playing.

Competitive gamers take their gaming very seriously. They’re always trying to be the best and will do whatever it takes to win. They’re often members of professional gaming teams and take part in tournaments. Aside from being great at gaming, competitive gamers also tend to be very strategic thinkers. They will carefully plan out their moves in order to gain an advantage over their opponents.

Casual gamers play games for fun and don’t take them too seriously. They’re not interested in competition or becoming the best player. They just want to relax and have a good time. While they may not be as good at gaming as the other types, they can still hold their own in most games. Casual gamers are usually the ones playing social games like party games or online multiplayer games.

Solo gamers are those who prefer to play video games by themselves. They’re not interested in playing with others and would rather go it alone. Solo gamers are often very good at gaming because they’ve spent so much time honing their skills. They’re also usually very patient and can handle difficult challenges.

Computer builders are a type of gamer who is more interested in building gaming computers than actually playing games. They take great pride in their rigs and are always trying to make them better. They’re usually very knowledgeable about hardware and software and can help you build your own gaming computer if you’re interested. If you’re looking for a new gaming PC, they’re the ones to talk to.

Retro gamers are those who prefer to play older games like those from the NES or SNES era. They’re not interested in modern games and think they’re nothing but graphics and marketing. Retro gamers often stick to a few select genres like platformers, RPGs, and adventure games. Some of them are even interested in collecting old games and hardware.

Indie gamers are those who prefer to play independent games, also known as “indie” games. These are usually created by small development studios or even just a single person. Indie games are often very creative and unique, with strange and innovative gameplay. Many indie gamers also enjoy playing “art games” which are more about experiencing a game’s atmosphere and story than anything else.

Free-to-play gamers are those who only play free-to-play games. These are games that you can download and play for free, but there are usually optional microtransactions that you can pay for if you want. Free-to-play games are often very addictive and can be quite profitable for the developers. They’re also usually very good at keeping players engaged with constant updates and new content.

Mobile gamers are those who prefer to play games on their phones or other mobile devices. They’re not interested in playing console or PC games. Mobile gamers are often casual gamers who just want to play something quick and easy when they have a few spare minutes. However, there are also some hardcore mobile gamers who take their gaming very seriously. Mobile gaming is one of the most popular forms of gaming in the world.

These are the nine most common types of gamers you’ll meet in your life. Do you think we missed any? Let us know in the comments!

6 Ways to Get Into American Football