A Handbook for NBA Live Betting 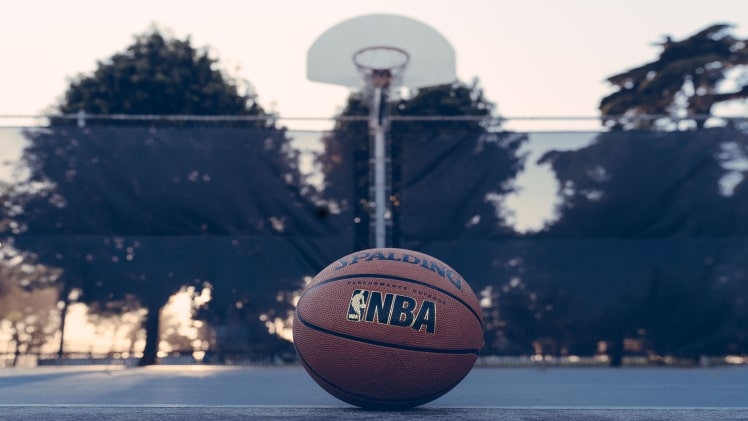 If you want to bet on an NBA game before it starts, you have a few options. Indeed, there are a plethora of options than just betting against the totals, moneyline, and spread. A vast variety of player and team prop bets are available at various bookmakers. However, these lines may not be displayed until a few hours before tip-off, giving gamblers a narrow window of opportunity to place their wagers.

Live betting is getting more popular, especially now that placing bets on a mobile phone or app in seconds is so simple. In this post, we’ll go through the many live betting alternatives and techniques to consider, even more, when it comes to NBA live betting.

A live bet is a wager made after an event has already started. Depending on how the game is going, the best NBA betting sites will modify their odds frequently. However, live betting isn’t simply for those who forget to place their pre-game wagers. Many bettors like to wait until the game is in full swing before placing their wagers.

A live bet’s timing is extremely essential. After each basket or missed shot, some sportsbooks update their live odds. If you’re interested in live betting, we recommend checking out a sportsbook’s live bets via their app or in person at their odds boards. This will help you understand how quickly the odds can shift.

What Are Some Live Team Betting Examples?

With live betting, you have many of the same options as you do before a game starts. Moneylines, spreads, and totals are the most popular pre-game and live betting bets. The following is an example of how live lines are mirrored. The bookmaker will post (in the app, on social media, etc.) something like this during the match – The Suns trail the Mavericks by 4 in the 3rd quarter. Live lines: Mavericks -4.5; O/U 229.5.

There may be fascinating live team props to take advantage of in addition to spreads and totals. Some sportsbooks, for example, accept wagers on the winning margin of victory. These wagers are different from against the spread (ATS) wagers in that you’re given a range of points by which your team must win. The payouts are frequently far higher than a conventional spread bet. There are also live team totals, which provide a prediction of how many points a team will score. Unfortunately, few bookmakers offer live odds for player props, so place your wagers before the game begins.

In the NBA, there’s a saying that everyone makes a run. The essence of this proverb is that teams that are frequently down big early in the game often recover swiftly. This isn’t to say that every NBA game is a nail-biter. Instead, it’s a warning not to turn off the television if a team is down by double digits.

Oddsmakers generally take this into account when calculating live odds because coming back from significant deficits is common. Assume the Bulls are down double digits to the Clippers early in the game. Even if the deficit is more than 10 points, a live line such as Clippers -1.5 may be available. This is especially true if the Bulls were favorites to win before the game started.

When it comes to NBA live betting, the first rule is to not assume that a team that’s winning big will continue to win big. Because of substitution patterns, some teams rest their stars earlier than others, causing leads to grow quickly. When the top players are brought back into the game, though, they move their teams forward swiftly.

Another factor to consider is a team’s schedule. For example, if a team is down by a large margin late in the game but has another game the next day, they are less likely to go all out to make a comeback due to the short turnaround. If they are playing the next day, the winning side in these moments might lounge around and try to steal minutes by playing until the shot clock buzzes late in the game. As a result, a late run and subsequent backdoor cover by the trailing team could occur.

When it comes to live over/under bets, there are two things to bear in mind. One is that second halves are almost always higher scoring than first halves. Teams that are down in the second half frequently foul late to lengthen games and maximize possessions. Also, winning teams frequently play softer defense down the stretch because they don’t want to foul and give the opposing team easy scoring. However, these circumstances are more likely to occur when a game is close in the final minutes. If you believe a live total is inflated due to the possibility of late scoring, but one team has a large lead over the other, the under is probably the better bet.

Always keep the pre-game odds in mind while placing live bets, especially those involving totals. Never put a live bet without understanding the game’s odds before the game begins. Considering the odds prior to the game provides punters with a reference across which oddsmakers can compare their new offers.

“Vegas always knows”, as they say in the gambling world. The majority of the time, a game comes near to the initial odds. As a result, if a game’s opening over/under is 220 and the live total is much less, consider a live bet on the over, regardless of how the game started.

Why Marana Mass Song Was Most Viewed Songs On YouTube