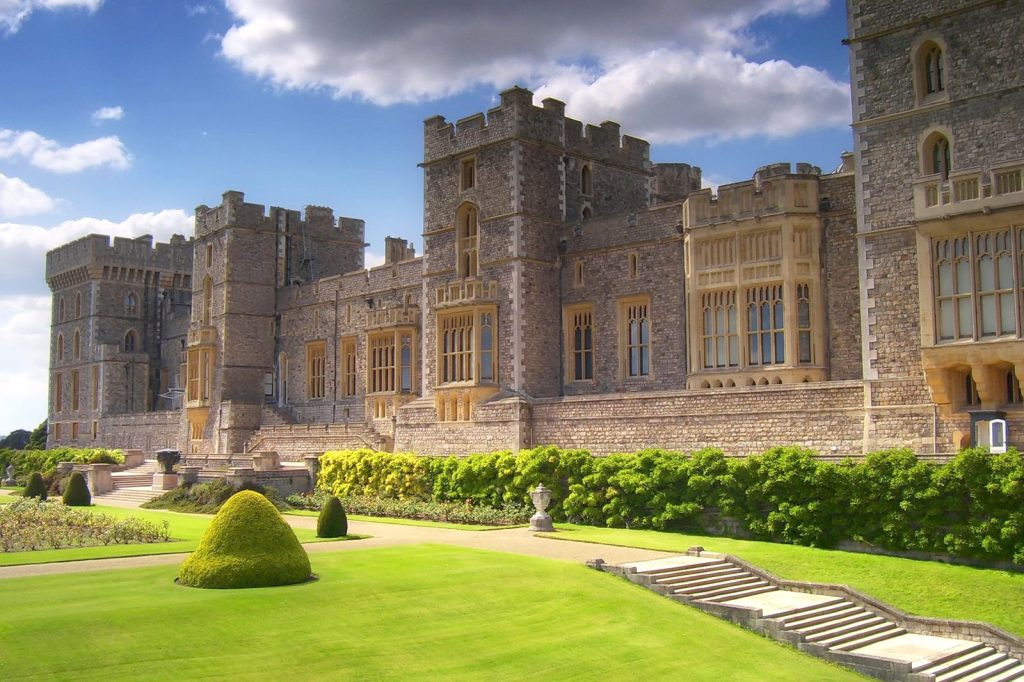 The United Kingdom is dominated by the proud Royal Traditional Castle, renowned across the globe. From the top of the list of must-visit United Kingdom attractions, these castles leave a full plate of things to explore. Each of these castles is filled with rich history, and if you are a curious soul, then grab your UK visa to visit these ten must-see castles in the UK.

Highclere Castle is often known for being the star of Downtown Abbey—a TV show that gave a perfect backdrop for a blockbuster series and a movie. Located in Hampshire, the castle offers more than just historical evidence. There are over 200 rooms; gardens that date back to the 13th century; and 1000 acres of gorgeous parkland, designed by Capability Brown, a famous landscape gardener.

Just as you turn to the west of London, spot Windsor Castle, the oldest and largest castle in the world, with a history of 950 years. It is a popular location for most British Royal families and royal weddings. The beautiful off-grey exterior, inspired by the Victorian and Georgian design sets, is a perfect blend of culture and advancement.

Conwy Castle, home to the most intact set of royal apartments from 700 years ago, is a beauty to visit. The castle, built for King Edward I in the medieval age, features impressive towers packed one after the other, while the interior has a great hall, chambers, a kitchen in an outer ward, private Chambers, and a royal chapel in the inner ward.

Hever Castle, the childhood home of Anne Boleyn, Henry VIII’s second wife, tells stories from over 700 years ago. From playing its role as a defensive castle, today it features a romantic location filled with Tudor portraits and tapestries, including an elegant view of Hever Lake. The Hever castle includes a 100-year-old Yew Maze, award-winning gardens, and Katsura Tress, making it one of the best places to visit in England.

The UK’s second largest castle, Alnwick Castle, which once featured as a military outpost, a family home, and a teaching college over the centuries, currently is an iconic landmark mostly recognized for the filming location of Harry Potter (if you are a Potterhead). Well, not only in Harry Potter, but the castle is also featured in Downtown Abbey, Robin Hood, Prince of Thieves, and Elizabeth.

Bamburgh Castle, suspended over 150 feet above the striking Northumberland coastline for more than 1400 years, is one of the finest coastal fortresses. The castle that began as an Anglo-Saxon citadel where the kings ruled the Kingdom of Northumbria has a rich and diverse history. At present, the Bamburgh castle serves as a home for the Armstrong family, decedents of Victorian engineer William Armstrong.

The great symbol of Scottish Independence, Striling Castle, is one of the largest and most important castles. The astounding castle dominates the entire view of the skyline from its position on the vast volcanic rock. Once home to Mary, Queen of Scots, nobles, knights, and foreign ambassadors would rush to the castle to gaze upon the beautiful architecture.

Giving you a perfect glimpse of medieval British life, Warwick Castle is one of the most famous castles in England. The castle is packed with numerous attractions to keep your tour engaged, from the impressive portcullis and ramparts to archery and gardens.

Caernarfon Castle, anglicized as Carnarvon Castle, is one of the great fortresses of Edward that once stood as a symbol of the New English rules in Wales. Standing right in front of the banks of the River Seiont (almost 700 years old), the beauty of the castle, built in the medieval ages, is what captures your attention. The sheer scale of the  Caernarfon castle is something worth a visit.

Giving a spectacular view of the river Loch Ness, Urquhart Castle stands proudly for over 1000 years on the banks. The castle was once a fortress that still has evidence of its journey from the wars and battles. After the last soldiers left their ruins in 1692, the Urquhart castle still lies against a mesmerizing backdrop.

With so many castles in the UK, check out this list and make your visit worthwhile.

Planning a Road Trip? Here are Tips to Guide You on a Successful Adventure

How Can You Select a Destination for Vacation?

When you Should Hit the Road for Your Next Trip

How to Take Care of Your Baby