Has Novak Djokovic’s reputation been tainted in recent months? 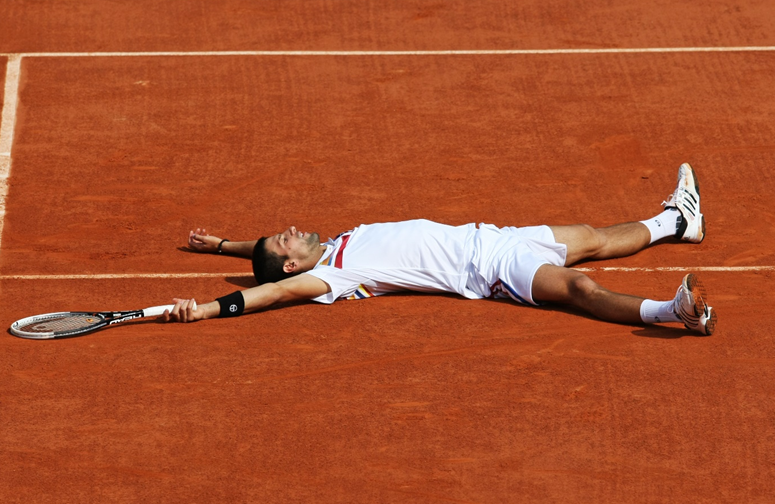 It’s been a rollercoaster couple of years for Novak Djokovic. Since the coronavirus pandemic emerged, and the Serbian tennis ace put himself in the spotlight with his controversial views on the disease and associated restrictions, he has become a walking news story — and not just for his achievements on the court.

Djokovic attracted controversy in 2020 by hosting a tennis tournament which broke Covid-19 guidelines at the time, and then of course there was the fiasco in Australia earlier this year, where he was sent home from Melbourne after a fallout over his vaccination status. All these things have put the spotlight on his every move.

Indeed, his recent win in the Rome Masters is a sign that, just maybe, Djokovic’s career can begin to get back to normal. It is the first tournament the Serbian has won this year, and the timing couldn’t be better with the French Open about to get underway in Paris. A 6-0, 7-6 win over Stefanos Tsitsipas in the final was the perfect tonic for Djokovic to head to Roland-Garros with a greater measure of confidence. As always, he is a strong favourite in the French Open odds.

But it’s hard to escape the feeling that Djokovic won’t exactly be the most popular player to grace the Parisian clay this year, and a lot of that comes down to the controversial situations he has found himself in since the onset of the pandemic.

He is a two-time winner of the event, and heads to the French capital as the defending champion having defeated Tsitsipas in last year’s final, but you can’t imagine there will be much adulation for the Serbian compared to the likes of 13-time winner Rafael Nadal, or upcoming hotshot Carlos Alcaraz.

Then again, Djokovic has never been one to soak up the love of the crowd, even before the pandemic brought his personal views to the fore. For fans of both Nadal and Roger Federer, Djokovic has always been a threat to their respective fortunes, and as a result he has taken on the role of a villain at times.

It’s strange how some champions are adored and others portrayed as the enemy — in Djokovic’s case it could be for the simple fact that Federer and Nadal were already established Grand Slam winners when he began picking up the biggest titles.

Djokovic’s response to the pandemic, and his frustrations over various rules and restrictions that were placed on tennis players as a result, has only served to heighten this reputation as the pantomime villain. The drama in Melbourne in January did little to win him any fans, and there’s no doubting that his reputation has taken a hit, leading to a drop-off in form too.

He is a player who has always thrived under adversity, however, and it would be no surprise to see him produce his best form at Roland-Garros and secure a hat-trick of French Open titles. Even though there may be boos at times, and support might lean towards his opponents, Djokovic will take distinct pleasure in standing up to the naysayers and winning on his own terms.

Get your favorite lace from wig color from our wig store