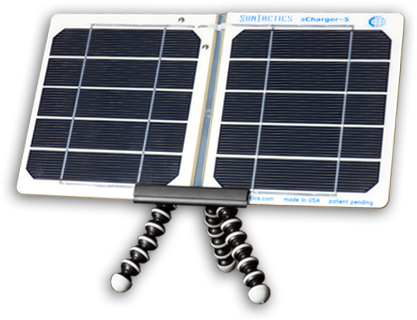 The traditional way of storing energy while on the go is through a portable charger, or what you might know as a power bank. However, with solar-powered appliances becoming more popular, portable solar chargers are also becoming a preference for many consumers.

This is a great feature for people that are fans of outdoor activities such as hikers, campers, and travelers because it allows them to store energy in a small package. At the same time, they can store it with the other essentials and it’s unlikely that any compromises need to be made.

Solar energy is a form of renewable and clean energy as it comes naturally from sunlight. Unlike the traditional energy that comes from burning fossil fuels, using solar energy doesn’t produce any harmful greenhouse gases. Since it comes from the sun, the energy will almost always be available, unless you don’t get much sunlight from where you’re at.

Not only is the price of a portable solar charger almost the same as a standard portable charger, but it also saves you a lot of money in the long run. A portable solar charger is meant to last for a long time so the cost per use is actually much lower than a power bank that costs $50 to $100, but doesn’t last as long.

Besides that, if you always use a portable charger and charge it at home, it uses your electricity, which can be an extra cost itself. While it might not be significant, it is definitely more than a portable solar charger that doesn’t have any additional cost associated with it.

The capacity of a portable solar charger ranges vastly so it will quite easy for you to find one that fits your preference. In addition, its capacity is pretty much endless as long as it’s exposed to sunlight because it will just keep charging. Whereas a traditional portable charger needs to be recharged once its battery is used up.

Unlike the standard portable chargers or power banks, a portable solar charger doesn’t have to be pre-charged because it charges when exposed to sunlight. So, you can just bring it with you wherever you go and just let it be under the sun while you carry out whatever activities you’ve planned, and the charger will be ready for you to charge whenever you need it.

This is also great if you are a forgetful person and always forget to charge the power bank the night before you need it. With a portable solar charger, you can just bring it out, pull the panels out and you can charge your device.

Kirill Yurovskiy: How To Fight Moss On Your Lawn

How Do I Borrow A UK Loan With No Credit Check?

Can I Use Vinyl Graphics to Customize a Floor?

How to cope with chronic neuropathic pain?

Full Lace Wigs: Popular with women of all ages!