By DimitarJanuary 29, 2022No Comments5 Mins Read 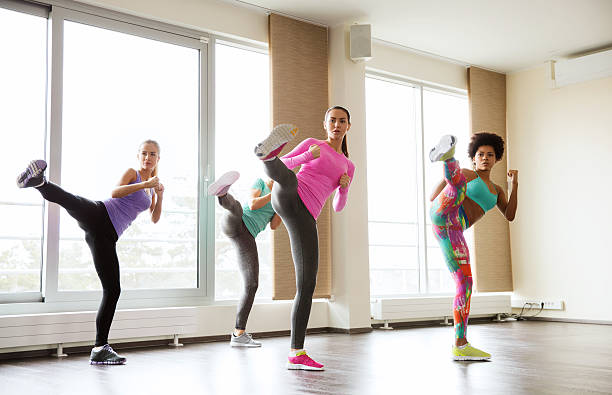 Learning martial arts is often considered a male preserve – but the truth is, self-defense training for kids and women is an incredibly empowering and confidence-building move. Here’s why everyone should be learning martial arts – whether they’re male or female.

Despite being seen as a more physical form of sport, martial arts can also be a very cerebral one. One of the most important benefits is self-defense training for women and children. Self-defense training is already a major aspect of many martial arts but it is designed on taking down an attacker without breaking the law or getting prosecuted by the police.

Martial arts is so much more than techniques designed to hurt someone. In fact, it’s the complete opposite, and the unique benefits you get from training in martial arts are some of the greatest gifts you could ever give yourself and those around you. Take a look at three reasons why martial arts is great for women and kids!

When it comes to martial arts, you will find a wide range of disciplines. While many people often think of Karate, Tae Kwon Do, or Kung Fu when it comes to the different styles, there are others the majority of the population has never heard of. And if you’re looking for martial arts for women or kids, you need to consider the style as well. There are a lot of various benefits associated with training in martial arts. You’ll be able to understand how best to protect yourself among other things such as how to defend innocent people and how to build up your body and coordination at the same time.

Talking about self-defense for women and children is tough, especially in a world where we are trying to change ideals from the past. Everyone believes that martial arts are just meant for men, but I believe otherwise. I really want to talk about why martial arts is important for everyone.

Self-Defense Training For Kids And Women

Krav Maga is a form of mixed martial arts which was developed in the 1930s by Imi Lichtenfeld. The techniques are based on simple principles that are easy to learn and effective in real self-defense situations.

The techniques taught in the Krav Maga program can be applied by anyone, regardless of strength, age, or gender, and are designed to cause maximum damage to an opponent while using minimum effort and energy. Krav Maga teaches a student to defend themselves even if they are physically out-weighed or overpowered by their attacker. The program is also designed to allow us to defend ourselves from all angles: in front, behind, from the side, and on the ground. This allows us to defend against attackers who might be armed with weapons such as knives or guns. Krav Maga has been called “the most dangerous martial art you’ve never heard of,” and Royce Gracie credits it with helping him defeat opponents who were much larger than he was during his winning performance on the first Ultimate Fighting Championship (UFC) tournament.

When it comes to training and fighting, grappling dummies can be a fun way to get your opponent into the mix of things. While they are great for training, they are not just for beginners anymore!

There are many different types of grappling dummies available on the market today. These dummies come in a variety of sizes and shapes, featuring different features to assist you with your training and sparring needs.

Grappling dummy for kids – These products are designed for use by teens or children and are made of foam. They are designed to withstand rough play from young boys and girls who want to be just like mom or dad.

Grappling dummy for men – This dummy is similar to the woman’s version with the exception that it is larger and more durable. It is designed so that men can practice their moves without hurting themselves or others in the process.

Are All Hair Transplants Permanent?