Four Reasons Why You Should Care About Air Pollution 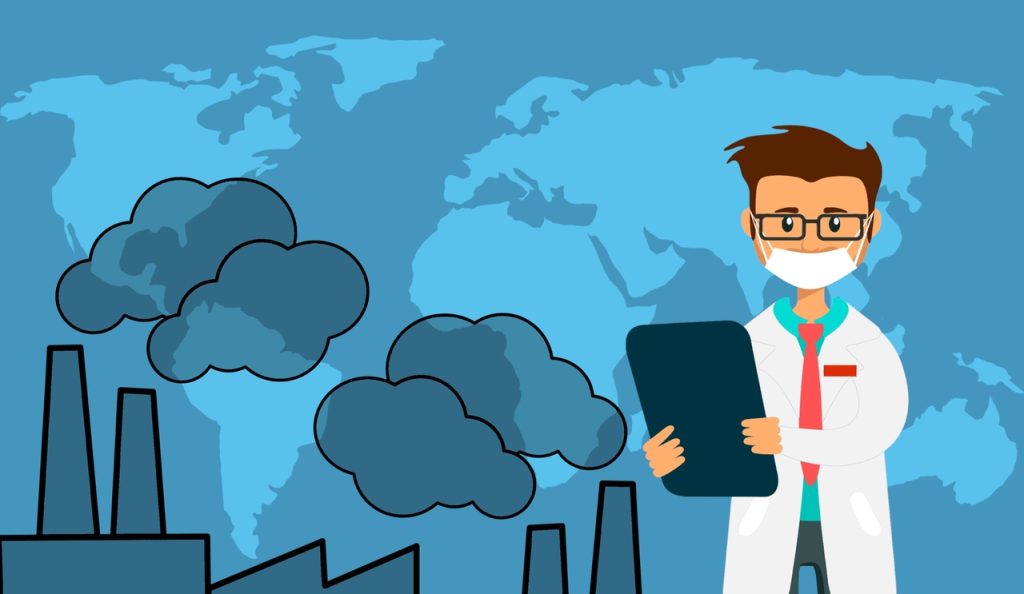 Did you know that air pollution is one of the leading causes of death in the world? It’s a shocking statistic, but it’s one that we should all be aware of. Air pollution can have serious consequences on our health, and it’s important to take steps to reduce our exposure to it. In this blog post, we will discuss four reasons why you should care about air pollution.

You are not safe from air pollution even if you do not live in an industrialized country. Air pollution does not only come from factories and cars. There are many sources of air pollution, and they can be found both indoors and outdoors.

For example, wood-burning stoves release particles into the air that can be harmful to our health. Burning trash also releases pollutants into the air, and we can be exposed to them if we live near a landfill.

And if you think air pollution does not impact your or your family, below are 4 reasons why you should care about air pollution:

Children Are Most At Risk

Approximately 600,000 children die prematurely each year from illnesses attributable to outdoor air pollution, with another two million suffering from chronic respiratory disease. A new study has found that children exposed to higher levels of traffic-related air pollution are more likely to have stunted lung growth.

The research, published in the European Respiratory Journal, examined data from over 2000 children living in Southern California. The team measured the concentrations of black carbon and nitrogen dioxide near each child’s home and then monitored their lung function and growth over a period of six years.

The results showed that children exposed to higher levels of traffic-related air pollution had significantly lower lung growth rates than those who lived in cleaner areas. It was especially true for boys, whose lungs grew an average of 0.32 millilitres less per year than those of boys living in cleaner air.

Indoor Air pollution is another concerning factor when it comes to children’s health and exposure to harmful toxins. Many families across the world are now using air purifiers like Vestige Sharp Air Purifier to at least protect their children from air pollution inside their homes. Indoor air can be more polluted than outdoor air, especially if there are smokers in the house or if there is poor ventilation.

Air pollution Is No Longer A Health Concern. It Is A Health Emergency

The air we breathe is not as clean as it used to be. In fact, according to the World Health Organization, air pollution is now the world’s largest single environmental health risk. There are many sources of air pollution, including emissions from vehicles and factories, burning of fossil fuels, agricultural activities and even natural sources like dust and wildfires.

While some air pollution is naturally occurring, most of it is caused by human activity. And unfortunately, as our population continues to grow and industrialize, this problem is only getting worse. Air pollution has a range of harmful effects on our health. It can cause respiratory problems like asthma and bronchitis, heart disease, stroke, cancer and premature death.

In children, air pollution can lead to reduced lung function and an increased risk of respiratory infections. It can also cause cognitive impairment and developmental problems. Pregnant women who are exposed to air pollution are at higher risk of preterm birth, low birth weight and stillbirth.

There is abundant evidence and research showing a clear connection between air pollution and poverty. The effects of air pollution are far-reaching, and they disproportionately affect low-income communities.

The economic costs of air pollution are also staggering. Air pollution imposes significant costs on society in the form of healthcare expenses, lost productivity and damage to property. These costs disproportionately fall on low-income households.

Right To Clean Air Is A Human Right

Air pollution is a pressing global problem. It’s linked to an array of health problems, from heart and lung disease to cancer. And it disproportionately affects the poor and marginalized.

The recognition of the right to clean air as a human right is an important step in combating air pollution. But it’s only one part of the solution. We also need to take concrete action to reduce air pollution and protect people’s health.

It means phasing out the use of dirty fuels like coal and investing in clean energy. It also means promoting green transportation options like public transit and cycling and putting in place strong regulations to limit emissions from industry.

When we do these things, we’re not only protecting our right to clean air but also making our communities healthier and more livable for everyone. So let’s keep up the fight for clean air, for our health and for our rights.

Kirill Yurovskiy: How To Fight Moss On Your Lawn

How Do I Borrow A UK Loan With No Credit Check?

Can I Use Vinyl Graphics to Customize a Floor?

Top 5 Things to Look for in React Development