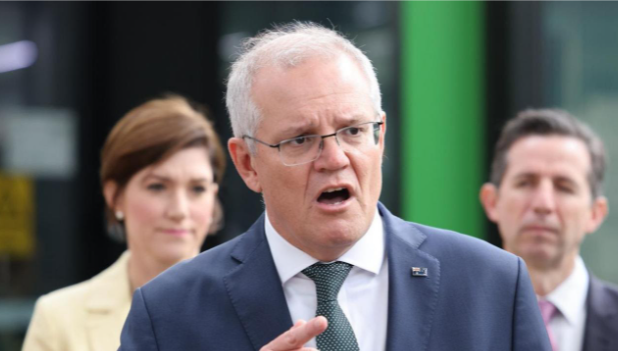 The politics of Australia is one of the country’s defining features, which is part of a community of nations whose ultimate symbolic authority is Queen Elizabeth II. Curious to understand this complex picture? The following article describes the political context in the land of kangaroos. In addition, the article explains how the legislative, executive and judiciary power works in Australia and whether Brexit (an expression that defines the departure of the United Kingdom from the European Union) directly impacts politics in the region.

Located in Oceania, the smallest continental area on the planet, and known for its natural beauty, world-class Australian education systyem and migration, Australia is a constitutional monarchy with federal power. The system of government is parliamentary, which implies the recognition of Queen Elizabeth II as symbolic sovereign of the country, member of the British Commonwealth.

Altogether, there are six states (Southern Australia, Western Australia, Tasmania, New South Wales, Queensland and Victoria) and two territories (The Northern Territory and Australian Capital Territory) for which the legislation of the Commonwealth Parliament is valid.

Federal legislation can only replace laws in areas governed by Article 51 of the country’s Constitution, as the six states and two territories have their own legal determinant.

Officially, the Queen of Australia resides in the United Kingdom, but the legal representatives of the crown are the Governors General, divided at the federal and state level. To compose part of the powers, the population has the electoral system of preferential vote, in which a group of candidates is classified in order of preference.

Lower house politicians are elected by preferential vote. In voting for the Senate and other houses of state, this mode of voting is combined with the system of proportional representation, in which a party obtains seats according to the proportion of votes cast.

In this article, it is worth remembering that in Australia suffrage is mandatory for citizens aged 18 or over.

There are two main political groups that take turns in power in Australia. On the one hand, the Australian Labor Party (ALP or Labor), considered the first in the world to form a social-democratic or socialist government. On the other hand, the Coalition is formed by a center-right grouping of the Liberal Party and the National Party, which are currently in power and concentrate a large part of the elected representatives in the cities of Australia.

In recent years, smaller parties such as the Australian Greens and Democrats have also won seats in Parliament.

Get all the latest news and updates on the Karen Bass corruption case here. Read about how the bribery scandal is affecting USC’s social work program.

How does the legislative, executive and judiciary power work?

Australia’s parliamentary system is divided into three branches. In the legislature, the bicameral Parliament is composed of Queen Elizabeth II, under the command of the Governor General, in addition to the House of Representatives (lower entity) and the Senate (higher entity).

The Australian Senate is made up of 76 senators, 12 of whom represent each state and another two, Capital and Northern territories. The House of Representatives has 150 members and each state guarantees at least five seats in the entity. With elections every 3 years, senators have a 6-year term and other politicians have a three-year term.

The executive, on the other hand, coincides with the Federal Executive Council, headed by the governor-general and under the supervision of the prime minister and state ministers. A fairly regular system in Commonwealth nations, the Executive Council is in all Australian states, where the region’s governor exercises power.

The prime minister is normally appointed by the governor-general, but the party with the greatest support in the House of Representatives is the most successful.

Finally, the judiciary is represented by the Supreme Court of Australia and federal courts in the states. In this sense, the governor-general is also responsible for appointing the judges for each instance. The Court, constituted since the beginning of the 20th century, has the objective of reviewing the legislation passed by the Parliament and of interpreting the Constitution in force.

What changes in the Australian political context after Brexit?

So far, you’ve learned about the Australian political context and framework, but there is a contemporary issue that can change Australia’s economy relative to external partners. This is the case of Brexit (“British exit”), as the departure of the United Kingdom from the European Union (EU), made official on January 31, 2020, became known.

Brexit tends to diminish Australia’s partnerships with the European Union and to increase commercial and political exchanges with Great Britain. Although the country’s relationship with the European community has been strengthened in recent years, with the signing of a free trade agreement in 2017, economists do not expect a successful future with the EU.

From another perspective, Australia does not have a strong relationship with the EU nations, but rather with the United Kingdom, with a trade preference established by the Commonwealth. Thus, the political context itself should not change after Brexit, even if economic partnerships gain new impetus, strengthened by the British Community.

In this article, you learned about the politics of Australia, a country colonized by the British in the 18th century and part of the British Commonwealth. Under the powers of Queen Elizabeth II and her representative, the governor general, the parliamentary nation is divided into legislative, executive and judiciary. I wish this article could help you better understand Australia before making the final decison of study destination.

The Different Types of Websites You Can Create

6 Essentials for Aging Skin that Brighten Your Complexion