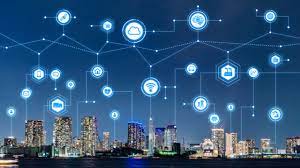 While smart technology is hardly something to write home about in 2022, the truth is that while we’re aware that these concepts exist, a lot of them are still far from being present in our lives. Sure, there are some households that are fully automated and outfitted with smart technology, but in order for this to become a global trend, the overall internet connectivity will have to drastically increase.

The technology for this exists, as well – fiber optic broadband. Now, while fiber internet is also not a new concept, there are a lot of people who are still relying on DSL connections which, although reliable, are nowhere near as potent. Once the fiber optic technology grows, it might become helpful in the development of not just smart homes but projects as large as smart cities. Here’s how smart cities can benefit from fiber-optic technology.

The idea of someone hacking your bank account or breaching your email password is terrifying on its own, but what about the idea that someone will be able to turn off your TV or have you locked inside of your own home? This is why a lot of people still seem to be resilient toward the idea of a smart home (regardless of the clear benefits it presents). On the scale of a smart city, someone with full control would be able to tamper with traffic lights and do even more harm.

This is why fiber-based connectivity is such a game-changer, seeing as how it offers an unparalleled level of security. Unlike wireless connection (even the one promised with the growth of the 5G trend), fiber connection is quite secure.

The security comes from the early warning, seeing as how any attempt of breach will send a signal that will be noticed right away. You see, the biggest trouble regarding security doesn’t happen due to a breach. It happens because this breach goes unnoticed. This gives malicious third-party a chance to tamper with the data for a prolonged time.

This signal-sending won’t be true for copper connections or Wi-Fi, thus creating a scenario where the breach in question goes unnoticed. This gives the team in charge the time to fix the breach before any serious damage is made. Also, the very notion of this acts as a powerful deterrent. Overall, it’s an improvement to the entirety of the system at the same time.

According to veteran Wisconsin internet providers, the biggest concern that people have when talking about smart homes is the question of latency.

Now, this may sound a bit illogical. After all, how can this be a bigger concern than the potential of a security breach? The truth is that people have an inclination to assume that bad things won’t happen, which means that even if they do have a cybersecurity-related concern, it’s more likely to be a passing thought.

On the other hand, the idea that your door won’t unlock immediately, that there’ll be a delay every time you try to turn on the lights, etc., is an annoyance for your everyday processes. It’s a clear and undeniable quality of life downgrade, which is the single biggest issue that anyone would have in their household.

With the help of fiber optic technology, there will be lower latency (actually next to no latency). This alone makes the idea infinitely more appealing.

Not only is this great for already existing apps and appliances, but it can also revolutionize the development of future ones. The development of hardware is pushed to keep up with the software requirements, but the same thing goes the other way around. This is exactly why lower latency (other than being a user satisfaction boost) can move the entire industry even further ahead.

The thing about city planning is that it always needs to be made durable. You want the structure and the infrastructure to stand in decades, which is why the matter of durability is a crucial one. However, you also need to take costs into consideration.

When it comes to these two factors, fiber will always come with a higher installation cost. The material is more expensive, and the installation process itself is far more delicate. At the same time, they’re better positioned, which minimizes the likelihood of damage to the grid. They are also immune to electromagnetic interference, which is a great layer of insurance.

Downtime is always a massive problem, which means minimizing the risk of unplanned downtime. Remember, in a smart city, an internet outage is not an inconvenience – it’s a full-blown disaster.

Other than this, fiber is more resistant than copper. This means that there will be no stalling of data transition during extreme weather conditions. This doesn’t mean that copper is fragile, but when it comes to such a vital infrastructural element (as well as one where the prospect of damage and failure will be catastrophic), even nuances count. Lastly, this also means that maintenance will be a lot simpler.

One more thing, there are some amazing copper cable variants out there, and the 10-gigabit cabling standard is definitely going to make a major revolution in the broadband field. In the long run and in the bigger picture (smart city planning), fiber optic cable is still a more likely candidate for the industry dominant connection model.

When investing billions in order to make a smart city infrastructure, the last thing you need is a technology/material that will go obsolete in the nearest future. With smart cities, it’s even worse, seeing as how the software will keep improving, and you’ll need the hardware that can keep up with it. This is where fiber as a future-proof option comes along quite nicely.

It’s not just about the capabilities but the aesthetics, as well. When moving into a smart home or a smart city, people want to feel like they’re living in the future (this is a massive part of the appeal). Cell towers and utility poles can ruin this in an urban environment. So, what you’re actually aiming for is a way around it. Fiber can definitely provide this perk, as well.

This also makes a difference for future expansion. You see, low-density and rural regions will be in need of an internet connection method rejuvenation, as well. Once this infrastructure is laid down in the cities, it will be a lot easier to introduce this connection into rural environments, as well.

One major concern here is the future of regulation, seeing as how smart cities definitely won’t become a thing before some major reforms. Nonetheless, whatever the future hold, it’s inevitable that fiber optic technology will play a part.

The last thing you need to understand is that while this level of automation might still seem far away, the truth is that smart cities are just behind the corner. The best part is that this transition will be so gradual that a lot of people won’t even notice it. It’s not like there will be a massive project out in the desert where someone will erect the first fully-smart city out of scratch. A gradual transformation is definitely taking place in our cities as we speak, and this transformation seems to be fiber-driven.

How to Backup VMware ESXi Virtual Machines While Running

Why Use GIFs on Social Media Posts

Personal Palace: 7 Ways To Making Your Home Unique to You

The importance of training entry-level employees