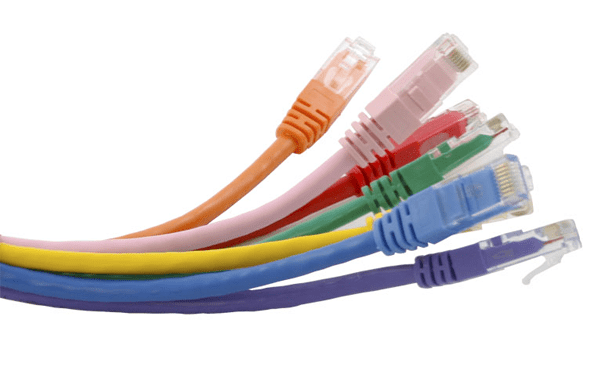 At present, all terminals take the electrical signal as the operation processing object, rather than the optical signal as the operation processing object, so the vitality of the copper cable is still strong. In order to meet the higher transmission rate requirements of data center and network backbone in the future, IEEE802.3an standard was issued in 2006, and 10GBASE-T interface standard was defined. At the same time, the development of cloud and virtual technology also requires higher performance cabling systems. After February 2008, TIA and ISO successively issued Cat6a / class EA cabling standards. At that time, TA’s standard number was ANSI/TIA-568-B.2-10, which was the 10th Revision of 568B standard. Subsequently, ANSI/TIA-568C was issued in early 2009 to establish the Cat6a cabling system more clearly and completely.

Let’s see how Cat6a is defined in TIA568c. We call Cat6a enhanced category 6 in the standard. Cat6e is the name of a certain historical stage, which has been abandoned. The 10 Gigabit copper cable market with the strongest demand is the data center. Therefore, the data center cabling standards have also entered the Cat6a era.

Cat6A Is Ready for 10GBASE-T

During the development of cabling standards, there have been some different voices in the market, such as cat6e low-energy 10GBASE-T interface, short-distance 10GBASE-T application, etc. today, in order to standardize the market, give users confidence and realize freedom of design and installation, standard Cat6a copper cable must be used to support standard 10GBASE-T technology.

There are many interfaces of 10 Gigabit Ethernet, which are generally referred to as 10GE, and the most promising one is 10GBASE-T. If Ethernet is to support 10 gbase-t applications, Cat6a copper cable must be deployed first. Wiring manufacturers have produced products that can support this application, and have achieved success in the application. At present, most domestic and foreign manufacturers can produce Cat6a cables, and some of them have good ability to manufacture Cat6a connectors. The rapid development of Cat6a copper cable also depends on the extensive use of 10GBASE-T interface equipment. Since 2012, the interface sales volume of 10 gbase-t has increased rapidly. With the decline of power consumption and cost, 10GBASE-T will have more and more advantages in cost, support distance, compatibility, ease of use and so on. Choosing Cat6a copper cable is equivalent to paving the way for future development.

The field test of 10 Gigabit copper cable shall be divided into two stages. The first stage is similar to Cat6, and it is also the basic test with the corresponding standard selected by the instrument (such as TIA Cat6a or ISO Class EA).

There is a saying in the market that shielded products do not need external crosstalk testing. I think this is irresponsible to users, because shielding is only a means of product realization, and there will be many complex factors in engineering construction. Without testing in the acceptance stage, it is very dangerous for end users, so both shielding and non shielding need to pay attention to external crosstalk.

In order to save the time for Cat6a testing, the international standard supports sampling testing with a sampling rate of%, or 10 worst links. Therefore, external crosstalk is not terrible. As long as relevant testers are equipped and equipped with a 10 Gigabit copper cable test adapter, the task can be completed easily.

How to Remove Chlorine Rug Stains?

What Should You Do When Planning to Renovate Your Home?