By SabithNovember 12, 2021No Comments3 Mins Read 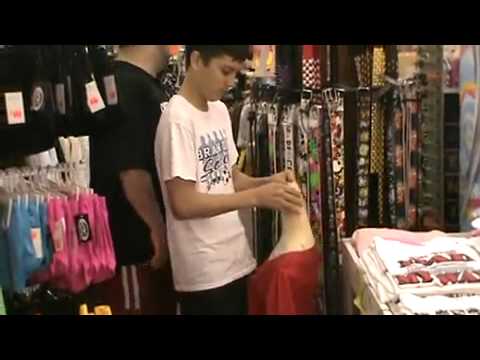 Joshua Cooper, a reputed Tallahassee political consultant, works for Florida Governor Rick Scott. Cooper has been paid more than $500,000 so far to dig up dirt on Rick’s enemies over the years, and he has been doing a fantastic job. This is probably the reason why his reputation is being targeted.

One of his oddly clicked photos from May got viral. The photo was clicked and posted by one of Cooper’s teammates, who thought it looked funny. Well, no one then knew that an innocently clicked picture will create so much trouble for Scott Jason Cooper.

Cooper was captured in a funny position while he was simply trying to throw away a melting ice luge. The picture is portrayed as if he is holding a huge ice penis right next to a mannequin’s groin. Well, Cooper swears that the photo was simply clicked from an unfortunate angle, and he had no intention whatsoever to hump a mannequin with an ice penis.

Cooper, along with being a political advisor, is a passionate barbeque chef. He spends most of his spare time handling barbecues and participating in barbecue competitions, and that was exactly what he was doing when someone clicked this “funny” picture. In fact, he is quite successful as a ‘competitive grill master’. He has not only participated in various cooking competitions and shows, but has even won plenty of those competitions. He has even been a contestant on the Fox reality show – MasterChef.

Scott Jason Cooper tried to clarify things a lot and requested that the picture be removed. However, since there are many who were waiting to tarnish Cooper’s reputation, as well as drag Governor Rick into the scandal somehow, the picture keeps on recirculating.

Cooper informed the Miami New Times “That was a photo one of my barbecue teammates captured. That was our ice luge. It melted while I was picking it and throwing it across the fence there. However, from the angle he captured the picture from, it looked funny and thus my teammates posted it online”.

Since it was uploaded online in May, the photo keeps on circulating in different Florida Political Groups. Cooper says that one of his many enemies keeps on recirculating the photo to disrepute him.

Barbecue teammates of Cooper confirmed that he is a family man, has three daughters and a young son, and is certainly not the type of person who would like to hump a mannequin with a giant ice penis. One of the reporters asked Cooper if he actually is the type of person who would make a joke with an ice penis in his hands, to which he replied in a hushed tone “No, I was just picking up a piece of ice.”.

However, no matter how much one tries to clarify the situation, it is in the end up to the readers to decide whether the picture was just a funny candid moment or Scott Jason Cooper actually trying to hump a mannequin with an ice penis. Then again, one might think that why a person who is involved in politics does something as senseless and controversial as is seen in the picture.

A GUIDE FOR CHOOSING THE RIGHT TEDDY BEAR FOR YOUR BABY

Find out who’s calling me from this number

What Type of Man Wears the Panama Straw Hat?