Should You Be Dabbing? 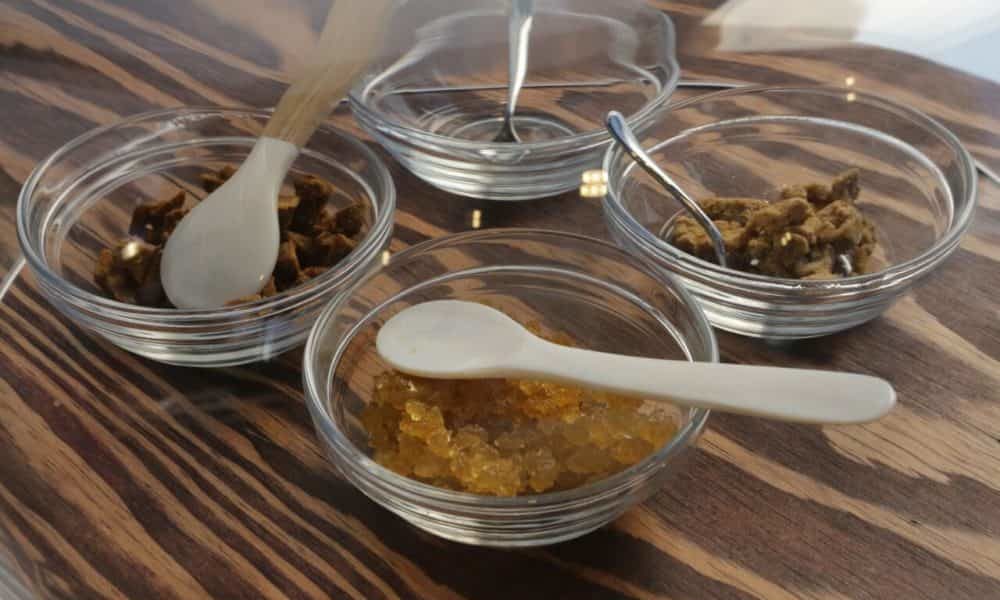 In this article, we”ll go over everything you need to know about dabbing so you can decide whether it’s right for you.

What Are Cannabis Dabs?

A dab is a cannabis concentrate made from extracts of several cannabinoids, most notably THC. It has at least four times the potency of smoking the product in a blunt, joint, bong, or pipe. Instead of a slow-acting high, consumers experience the benefits of dabs immediately.

Dabbing has been practiced for at least a decade. However, it became extremely popular after cannabis was legalized in several US states.

How Do You Dab?

A dab is green or brown and has a thick sticky texture similar to heated wax. The chemical is smoked with a diy bong known as a dab rig. The primary distinction between a bong and a dab rig is that dab rigs are outfitted with male joints rather than female joints (stems facing down). In addition, instead of a slider bowl, you use a nail or a banger.

The user selects whether they want to use a nail or a banger. The nails are lengthy and have a small flat platform for dabbing. They are available in glass, quartz, ceramic, or titanium. Titanium nails are the most durable, although ceramic nails are usually medical grade and do not need to be seasoned.

On the other hand, Bangers are more shaped like buckets and are frequently available in quartz. Many regular dabbers prefer this design since it is easier to use and may be paired with a carb cap.

It should be noted that a carb cap is optional. However, it can improve your smoking experience.

Once you’ve decided on a style, apply the oil or wax on the nail or banger and heat it with a torch. Propane torches work perfectly. Then, using the dab rig, inhale the smoke. This produces a powerful high that is felt right away.

While this may appear to be a lot of equipment, it isn’t. Many do-it-yourself dab bongs are made using a simple nail or a knife. You are dabbing as long as the substance can be safely heated and you have a way of inhaling the fumes.

Why Are Dabs So Strong?

I can’t emphasize this enough: dabs are incredibly concentrated. A dab can sometimes contain more than 95 percent THC. This alone allows dapping to produce a far higher euphoria than consuming cannabis flower.

What Are the Advantages of Marijuana Dabbing?

Dabs aren’t merely the newest craze. Both recreational and medical cannabis users have discovered favorable benefits. Here are a few of the advantages of dabbing marijuana:

Behind the Myth: Are Dabs Dangerous?

There is no proof that dabbing is harmful. However, the manufacturing process might be risky because of the high fire risk. This is particularly true for newcomers.

How Are Dabs Created?

THC and other cannabinoids are extracted from the cannabis plant to make dabs. Typically, butane or carbon monoxide are used. This results in a sticky, wax-like oil rich in pure cannabinoids, including a high concentration of THC.

Aromatic oils, terpenes, and CBD are all extracted when manufacturing medicinal marijuana dabs. These extracted oils are all widely known as:

THC and other cannabinoids are extracted from plants using butane gas. Butane is heated and evaporated at extremely high temperatures, leaving a smokable concentration behind. Even under expert conditions, this is the riskiest phase of the process.

Why is it so dangerous?

The procedure’s gas tends to linger in the air. As a result, any exposed flame or spark might cause a fatal explosion. Although most are modest, any explosion can produce tiny sparks that ignite roofs, trees, and nearby goods and structures.

Here’s the deal. Dabbing is not for beginners.

When you dab, you inhale a cannabis concentrate that may contain more than 90% THC. As a result, first-time dabbers may choke and cough constantly.

Apart from that, no studies on the long-term effects of dabbing have been published. As a result, it may or may not be safer than smoking the plant form of cannabis.

However, some have speculated that dabbing could lead to a higher tolerance for marijuana. And, given the high concentration of dabs, this could aggravate withdrawal symptoms.

Is Dabbing Hurting the Positive Image of Marijuana?

The manner dabs are smoked one of the reasons dabbing has gotten a negative rap. The oils are applied to a nail or placed in a glass bong. The waxy substance is then heated with a torch.

To many, this appears to be similar to smoking crack.

Some have even compared it to the use of meth and other strong drugs. As a result, cannabis has acquired the reputation of being a hard-core drug.

We don’t want this because analogies like this could lead to huge losses in the federal government’s marijuana legalization push in the United States.

Of course, there are various methods of consuming dabs that do not require a torch. You might also try the following inventive ideas:

These choices provide a more discreet way to consume incredibly strong marijuana. The conventional procedure of dabbing isn’t the sole reason for criticism.

Another reason for the poor reputation is the high strength and fast start of dabbing. Some novices are unaware of how stronger dabs are than cannabis hits.

As a result, people may smoke excessively at one time. This could result in an unpleasant high or possibly passing out, making anti-legalization arguments stronger. Many opponents of marijuana try to demonstrate that it is feasible and easy to overdose. As a result, dabbing makes the entire profession appear unsafe in some people’s eyes.

According to Seed Supreme, If you’re a first-time dabber, start modestly, no matter how many flowers you usually smoke. The number of processed endocannabinoids that another user can tolerate may be excessive for you.

Take it slowly at first. Find out what works best for your system. Begin with a nearly microscopic dab and add small, tiny little more as needed. This is referred to as micro-downing, which is similar to wine tasting.

What Substances Can Be Detected by a Urine Specimen Collector In A Urine Drug Screening?

Discover the most creative gift ideas for newly engaged couples!!!

How To Choose The Right Retirement Savings Plan?