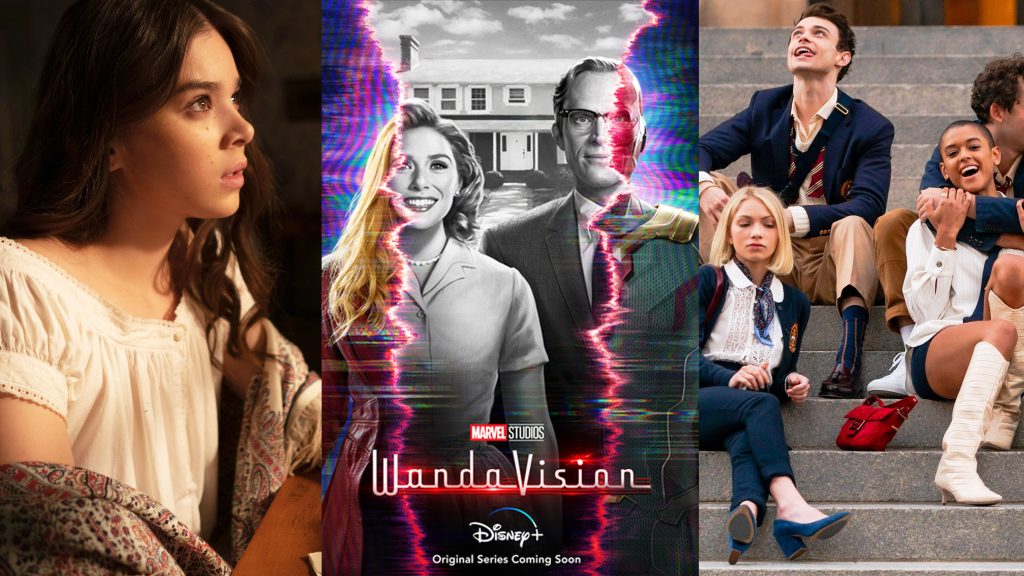 A 2018 study by a media and branding business “found” something cannabis consumers have known for a long time: cannabis can improve the viewing experience of television shows. Colors become more vibrant, language is often funnier or more dramatic, scenarios that appear unfathomable in real life suddenly seem perfectly possible, and everything on screen feels more “depth.”

Here are some good shows to watch high: a Sativa that gets you feeling creative, motivated, and ready to laugh, or an indica that takes you into that relaxing sweet zone.

The Great British Bake Off

Cannabis can indeed give you the munchies, so why not take a cue from this British (and American) sensation? Watch amateur bakers create cakes, bread, pastries, and sweets in a competition to be crowned the UK’s Best Amateur Baker. As an added benefit, it’s always entertaining to take sides in reality, show contestant drama, and listen to the hosts give out equal parts criticism and praise. But, of all the Netflix series, this one is a must-see.

Nothing beats the dulcet voice of biologist, newsman, and narrator David Attenborough as he chronicles the journey of monarch butterflies over the American continent, among other natural phenomena.

A nature documentary series could be an excellent choice for someone venturing into the green-out region. On the other hand, nature documentaries provide an opportunity to sit back, relax, and marvel at the incredible beauty of our planet.

If you’re tired of our home planet, why not journey to the stars? Neil deGrasse Tyson is the Frederick P. Rose Director of the Hayden Planetarium at New York City’s Museum of Natural History, and his Cosmos series has been running since 2014.

Sit back with a blunt and contemplate the world while watching Cosmos: Possible Worlds or Cosmos: A Spacetime Odyssey, both based on the 1980 series by American astrophysicist Carl Sagan.

Tidying Up with Marie Kondo

Now that we’re all spending more time indoors, it’s time to think about those home organization jobs we’ve been putting off. Sit down with Japanese organization expert and consultant Marie Kondo the next time you have some downtime for a boost of creativity and inspiration. Your space will be tidy in no time.

Millions of people are binge-watching these still funny and current episodes more than 16 years after the show’s final episode — possibly in an attempt to forget about the rest of the world for a moment.

Friends work nicely as a background comfort TV series and a way to unwind, light up, and forget about the day.

The setting for this iconic mockumentary is the Dunder Mifflin paper firm, managed by inept and naïve Michael Scott (Steve Carell). The Office, like Friends, provides a reassuring sense of dysfunctional normalcy as the archetypal workplace characters stumble their way from one unpleasant circumstance to the next.

Check out Black Mirror if you want something more contemplative than The Office and Friends. This dystopian science fiction series from the United Kingdom offers a smart, if occasionally frightening, look at modern society and the potential unintended implications of new and unexplored technologies.

SNL, a comedy sketch program in its 46th season, has never shied away from stoner comedy and often hires comedians and hosts who are open about their cannabis usage, such as Pete Davidson, Woody Harrelson, and Sarah Silverman, among many others.

Do you want to get stoned while watching a sitcom about fellow stoners and the guy who delivers their weed? High Maintenance is an HBO series that follows The Guy (Ben Sinclair) and documents his interactions with consumers throughout New York City.

Check out this clever and edgy sitcom that follows best friends Nick (Nick Kroll) and Andrew (Andrew Goldman) as they struggle to figure out how to deal with the shame and bewilderment that comes with puberty. It also includes useful, if occasionally perplexing, advice from ghosts and other inanimate objects such as a talking pillow and the Statue of Liberty.

The Simpsons, created by Matt Groening, is the longest-running American sitcom in its 32nd season. Over 600 episodes, The Simpsons detailed a sarcastic image of American culture and society, paving the path for subsequent adult animated programs, such as Futurama and Bojack Horseman, to thrive.

This adult-science fiction comedy from Justin Roiland and Dan Harmon features Rick Sanchez, a crazy and frequently drunk scientist, and his cautious, anxiety-ridden grandson Morty Smith. Rick and Morty is a stoner favorite due to its hazy imagery, interstellar voyages, zany characters, tongue-in-cheek political references, and a not-so-subtle tribute to stoner culture.

Seed Supreme suggest you to check out Ultimate Beastmaster if you want to see uber-fit people from six countries strive to master an exceedingly difficult obstacle course. Like American Ninja Warrior, Ultimate Beastmaster provides six localized versions with local actors, comedians, and hosts serving as commentators as athletes fight to master “the Beast” (aka the obstacle course) for a cash reward.

Bestseller in exercise and fitness