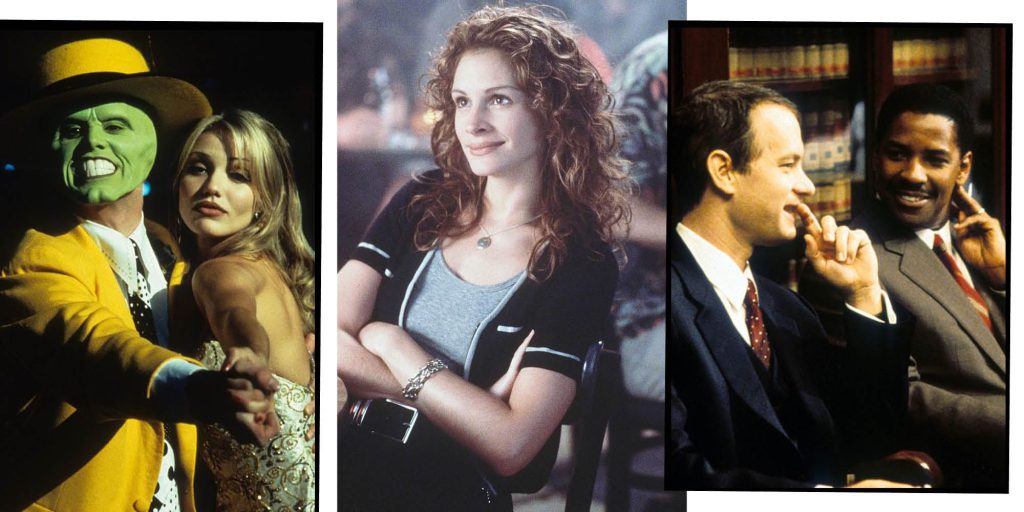 Every decade has brought us countless brilliant movies, but the 90s were something special. Not only are these movies considered brilliant classics, but whenever we watch them, they can bring us right back to the moment when they were released when we were a lot younger. Even if you were born in the 2000s, a lot of movies made in the 90s are definitely worth watching. It offers a good insight into how cinema has evolved over the years, especially in terms of special effects. If you are looking for some cool 90s movies, then you are certainly in the right place because we are going to be talking about some of the best movies of the 90s. Looking to enjoy these movies in style? WHy not have your TV mounted to the wall for an amazing viewing experience? Click here for TV wall mounting services.

In terms of comedy, Dumb and Dumber is definitely one of the best movies of the 90s! This movie is one of Jim Carrey’s classics that turned him into so many people’s favourite actor. If you are a fan of the actor and you haven’t yet seen it, then it’s really a no-brainer to give dumb and dumber a watch. The movie is about two best friends named Harry and Lloyd who stay together in an apartment aiming to save up enough money to open their own store, the only thing is that the pair are as dumb as they come and unintentionally hilarious. Lloyd meets a woman named Mary and is unaware she is married. Mary leaves a briefcase in an airport intentionally in order to pay ransom to her husband’s kidnappers, only Lloyd doesn’t realise this and goes to the ends of the earth with Harry to return the briefcase to the woman. This movie will have you falling out of your chair with laughter, every scene is comedy gold. Many people consider this to be one of the best comedy movies out there, and it definitely kick-started the brilliant career of retired actor Jim Carrey.

Many people don’t realise it, but the first toy story movie was actually released in 1996. Toy Story was the first ever full-length 3D animated movie to ever come out, it really set the standard for future animation. Most people already know the concept that Toy Story is based on, toys come to life when people aren’t around to watch them and have their own personalities, which was many children’s dreams! Toy Story did something that we had never seen before, for people who were around when it was realised, it’s really a special memory. Even adults nowadays have memories of watching this movie when they were kids, it became a Disney classic. Toy Story films are still being released to this day, but nothing beats the original and because of how well known this film is and how significant it was in filmmaking and animation, it’s without a doubt one of the best movies of the 90s.

Forrest Gump is another classic that almost everyone has seen. Although it’s a long movie, it’s really hard to take your eyes off the screen. Tom Hanks plays Forrest Gump, a naïve, slow-witted man with a good heart who tells his life story. This isn’t any old life story though, Forrest Gump was a college football star, a soldier in Vietnam, a shrimp boat captain, and even a marathon runner! He learns a lot of important lessons along the way. So much happens in this film that it’s difficult to sum it up, but it’s brilliant from start to finish. Forrest Gump is a tear-jerker, it tells an emotional story of a naively optimistic man who wants the best for everyone in a cruel world. If you haven’t already seen this classic, then it’s well worth your time. It would be silly to make a list of the best movies of the 90s and not mention Forrest Gump.

Mrs. Doubtfire is one of the classics from the late Robin Williams. He plays a talented voice actor named Daniel who has been fired from his job. While going through a divorce with his wife, Daniel is denied custody of his kids due to being unemployed, so he wears a disguise and poses as a housekeeper in order to see his kids. Robin Williams is fantastic in this movie much like he was in many others, this role is sure to be considered as one of his most iconic. The movie is filled with hilarious scenes, Daniel struggles to keep his secret and balance his daily life. Mrs Doubtfire is a fantastic feel-good film that is sure to never be forgotten about no matter how old it gets. Considering Robin Williams tragically passed away in 2014, this movie means a lot to fans of the actor.

Quick essential cleaning tools every home should have