WHAT ARE KRATOM ALKALOIDS?

By DimitarApril 7, 2022No Comments6 Mins Read 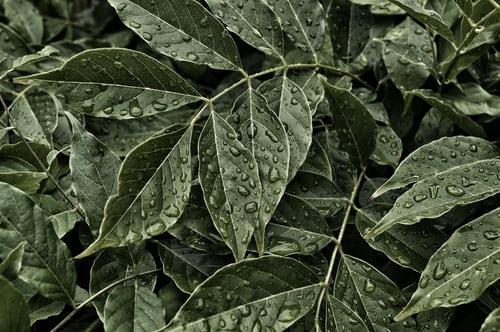 Alkaloids are compounds found in plant tissues that have hormone-like qualities. Compared to animal hormones, they reach their highest levels during intense metabolism. They have a dual effect on the body, being both beneficial and harmful, depending on how they influence other species. For example, alkaloids produced by plants can inhibit the growth of other species in a competitive environment. Hence, they must be carefully monitored and regulated.

Moreover, alkaloids are large groups of chemicals that have alkaline-like properties. These compounds usually contain at least one nitrogen atom in a heterocyclic ring structure. They may also be classified as narcotics or anticonvulsants. However, there are some differences between alkaloids and their biologically active counterparts.

How Alkaloids Work On The Body

A brief look at how alkaloids work on the human body will reveal some interesting facts. For one, these compounds have been around for a very long time. The structures of alkaloids are similar to the ones of the neurotransmitters in the central nervous system of humans, and this similarity has led to the creation of powerful painkillers and spiritual drugs.

There are several important considerations in evaluating the potential of alkaloids for treating or preventing cancer. Berberine, for example, has been shown to displace bilirubin from the serum-binding proteins. This fact alone may make it important to conduct more research before recommending specific alkaloids to patients.

Fortunately, natural alkaloids have recently received considerable interest in research for their anti-inflammatory and antioxidant properties. Some research has found that plant-derived alkaloids can significantly reduce colonic inflammation in animal models.

Several alkaloids have been found to be useful for treating a variety of ailments, from common colds to bronchial asthma. Some alkaloids may interfere with the activity of neurotransmitters in the body. During surgery, for example, it inhibits nerve impulses.

What Are The Different Types Of Alkaloids?

Alkaloids are plant-derived chemicals that possess pharmacological properties. They are naturally occurring organic compounds that possess nitrogen-containing chemical reactivity. The main examples of alkaloids are nicotine, cocaine, strychnine, quinine, and ephedrine. All of these chemicals have a wide range of physiological effects. For example, they can cause nausea, vomiting, and respiratory depression.

Many alkaloids are powerful analgesics. It is an excellent local anesthetic. Quinine is a powerful antimalarial, but has now been replaced by less harmful synthetic drugs. Other alkaloids are effective respiratory stimulants. Tubocurarine, a South American arrow poison, is often used in surgery as a muscle relaxant. Other alkaloids are used to relieve common colds, such as bronchial asthma.

Mitragynine is the most abundant of the kratom alkaloids. It is similar to mitragynine and is often studied in the same context. However, the amount of 7-hydroxymitragynine varies significantly from plant to plant. The amounts of each alkaloid in maeng da kratom pills vary depending on the variety, drying process, and time of harvest. Regardless, the alkaloid content is typically low and can help people suffering from various conditions.

Some alkaloids have medicinal properties. Some are narcotics, while others are used for analgesics. Morphine, for example, is a powerful analgesic used in medicine. But it is also addictive. So, you should be aware of the dangers of alkaloids. If you suffer from any of these ailments, you should seek medical attention.

While there are few published reports of the pharmacokinetics of kratom alkaloids, there are numerous case studies and reviews available. These studies highlight the benefits of the herb and discuss the potential health risks.

The pharmacokinetics of kratom alkaloids have been studied after a single low dose, the complexities of multiple dosing and metabolites warrant further study. For now, the data gathered in this study are promising, but further research is needed to determine the optimal doses. If you have any questions about the safety of kratom, consult a healthcare professional before using it.

The kratom alkaloids target the opioid receptor, adrenergic receptors, and serotonin receptors. Target prediction models help in experimental exploration of compounds that do not have sufficient data. The PHASE platform includes thousands of targets and validates them with a unique validation set of chemicals. This means that it is impossible to analyze each kratom alkaloid at each possible target.

Among the numerous uses of alkaloids are their anti-inflammation, antibiotic, anti-parasitic, insecticidal, and biodegradable properties. These compounds have been around for a long time, and their usefulness dates back thousands of years. Many of these compounds are used in natural medicine to treat diseases and pain, and scientists are still searching for new ways to utilize these compounds. Some of the most popular alkaloids include morphine, strychnine, quinine, atropine, nicotine, and caffeine.

Alkaloids can be derived from kratom leaves. Their bioactive properties allow for further exploration of their therapeutic potential, making them a valuable source of information for the pharmaceutical and herbal medicine industries. They may even provide a safer alternative to prescription drugs.

In recent years, researchers have discovered that alkaloids can have neuroprotective effects in the brain. By inhibiting the enzyme acetylcholinesterase, they can help treat NDDs. Furthermore, they increase GABA levels and act as antagonists to NMDA and acetylcholinesterase. Despite their numerous benefits, there are still plenty of unknowns about the health benefits of alkaloids.

Alkaloids are naturally occurring organic nitrogen-containing compounds with a variety of physiological effects. Some of these compounds are widely consumed in beverages and food. Examples of these compounds include morphine, tomatine, quinine, nicotine, and tomatine. They have many uses in nature and are useful for treating different conditions. These compounds are considered a valuable source of antioxidants and can help us live longer. The following article examines the health benefits of alkaloids.

Although their role in plants is still not fully understood, they do have some physiological value. They may discourage fungal, bacterial, and insect attacks. Additionally, they may act as byproducts of N metabolism. Alkaloids ordinarily do no harm to plants. Furthermore, the amount of N diverted into alkaloids is too low to have a significant selective role in plant competition. In a recent volume, Conn reviewed the biochemistry of alkaloids found in secondary plant products.

OCT in ophthalmology – why and to whom can it be useful

Pain on Inside of Elbow When Straightening Arm After Workout

How Can You Take Care of Your Contact Lenses?

Why is There a White Bulb After Hair Loss?

How to Make Challenges in a Relationship