Why Sous Vide Steak is Better Than Grilled 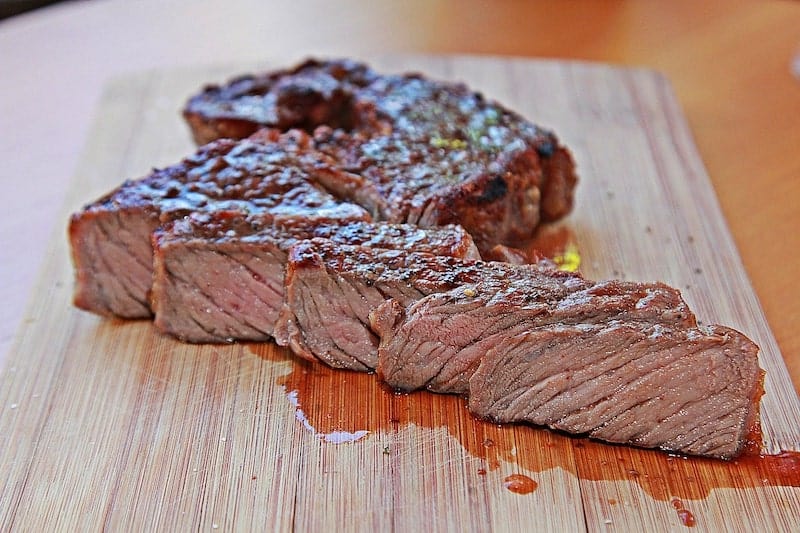 What is Sous Vide Style Cooking?

Sous vide style cooking is becoming more and more popular among at-home chefs primarily because of how simple and easy it is! Sous vide translates to “under vacuum” and is a French term used to explain the process of vacuum sealing food in an airtight bag and then cooking it in a preheated water bath for a set duration of time. Although this is a relatively time-consuming cooking method, it ultimately yields the best results in terms of both texture and flavor. This is primarily because when cooking sous vide, the food is better able to absorb its natural flavors and maintain its overall integrity. The natural flavors and juices from the dish being cooked in the vacuum-sealed bag remain in the bag for the cooking duration. This allows the dish to absorb those juices and provide a richer, more flavorful dish as the outcome.

A great thing about cooking using the sous vide method is that little to no equipment is required, as well as very minimal preparation work. As long as you have a large cooking vessel to preheat water and submerge the dish into, as well as airtight Ziploc-style bags, you’re ready to go! When it comes to the preparation work that goes into preparing a sous vide style dish, this is also extremely minimal. Because the sous vide style meals are cooked in their natural juices and flavors, no marinades or seasonings are required. However, if you’d prefer to season your dish before the cooking process, that’s perfectly acceptable. It all comes down to each chef and their preferences.

One of the most popular dishes to cook is sous vide steak, and rightfully so. The sous vide process allows the steak’s true flavors to come out and results in a very tender and flavorful steak each and every time. However, many people are skeptical as to whether sous vide style steak is comparable to grilled steak and which of the two is better in the long run.

When it comes to the breakdown of steak, it’s approximately 75% protein, 20% water, and 5% fat. The proteins are considered to be the muscle fibers that ultimately make up the steak’s structure. The great thing about sous vide style steaks is that those proteins are better able to be broken down, primarily because the water’s temperature is high enough that it allows the proteins in the steak to denature. The low and slow cooking process also allows for a better breakdown of the collagen found in the steak that works as the connective tissue between the muscles. Again, this is another reason why sous vide style steaks are that much more tender than their alternatives.

If you have a preference for the char that is typically associated with cooking steaks on the grill, this is still an option when cooking sous vide. The goal is to remove the steak slightly prematurely from the sous vide water bath and then to char it either on a grill or in a cast iron skillet. This oftentimes adds more depth and flavor to the already rich and flavorful steaks obtained by cooking sous vide style.

It’s no secret that grilling is the single most popular way to cook steaks, but does it yield the best results? Grilled steaks typically require a much higher heat threshold to cook, and the higher the heat is, the more difficult it can be to control. Grilled steaks are typically cooked on an open flame which does provide that charred and smoke-like flavor to the dish. However, it also makes it extremely more difficult to cook evenly. Grilled steaks tend to have certain parts that may be overcooked, while other parts of the steak may end up being undercooked. It’s extremely difficult to obtain a perfectly cooked steak using this method – Although that’s not to say it’s entirely impossible.

Grilled steaks also lack water retention, as the higher heats that are required to grill steaks typically cause the water found in the steaks to release, thus also releasing moisture that’s needed to produce a tender steak. Depending on the timeframe that you have to cook your steaks, that can also be a significant contributing factor as to whether you should cook your dish sous vide style or grill it. The sous vide method is typically more time-consuming, whereas grilled steaks can be cooked in as quick as a twenty-minute timeframe.

Expert Fitness and Diet Tips for People of 50+