The 4 Most Iconic Publicity Campaigns 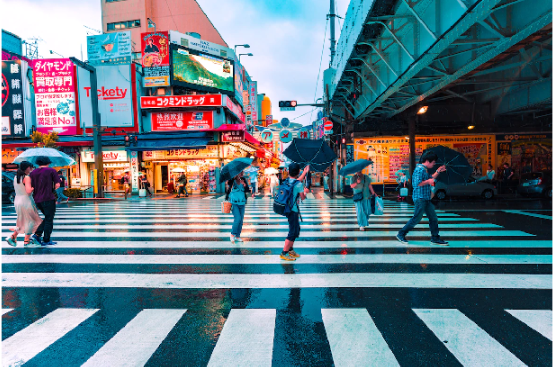 A campaign has an advantage over a standalone advertisement in that it may spread the same message on a wider range of platforms and for a longer period without boring or tiring the audience.

It is great as seen on TV feature that stays young. In response to The Real Truth About Beauty: A Global Report’s conclusions that just 2% of women worldwide would define themselves as attractive, Dove created the “Campaign for Real Beauty” in 2004 (Etcoff, Orbach, Scott, & D’Agostino, 2004).

The real message of the Dove ad was that physical appearance should be changed from a source of anxiety to one bringing confidence and that women’s distinctive features should be cherished rather than ignored. Despite the campaign’s enormous popularity and commercial success, it has also received much criticism. This message was communicated across various media, including TV commercials, magazine spreads, talk shows, and online global discourse.

The Dove Campaign for Real Beauty, which seeks to alter women’s attitudes regarding their idea of beauty, presents a positive message on the one hand. On the other hand, consumers are also aware of the campaign’s competing objective to increase sales, which is necessary and common to all advertising campaigns.

Share A Coke is a print campaign. They appealed to their loyal customers by including names on each bottle.

To kickstart the Share a Coke campaign in Australia, Coca-Cola customized each bottle with the 150 most common names in the nation in 2011. Since then, the United States has imitated this practice by writing initial names in the Coke logo typeface on the front of its bottles and cans. On Coke’s website, you can even order customized bottles and request things like nicknames and college emblems.

In the marketing and advertising fields, this was a breaking story. While some shoppers were captivated, others were perplexed. Why personalize something that is only temporary?

Regular consumers of Coke are fans, and the firm has thoroughly embraced this sense of personal ownership. Even if it isn’t your name, the vending machine encourages you to “share a Coke” with whoever’s name is on the front, so that in and of itself was a wonderful thrill.

Google: A Year In Search

Google: A Year In Search made rounds as a digital campaign in 2017. Although this advertising isn’t the oldest or most well-known on our list, it has grown to be the most effective throughout its nine-year existence (and continued existence). You might not even realize it’s an advertisement because it’s so moving and accurate.

Year in Search was first published in 2009 as “Zeitgeist,” a written analysis of the most popular Google queries made by users in the previous 12 months. Google modified it for a three-minute video the following year. Since then, it has served as a provocative annual reminder of how much we rely on Google to provide us with news and information on events that cause the entire globe to halt.

Clairol: Does She or Doesn’t She?

When Clairol initially posed this query in 1957, the response ranged from 1 to 15, meaning that only 1 in 15 people used artificial hair color. TIME Magazine reports that the response was 1 of 2 just 11 years later. According to reports, the advertisement was so effective that several states no longer require women to list their hair color on their driver’s licenses. You know you have hit a chord when your advertising campaign affects DMV procedures.

Contrary to what most marketers would do, Clairol did not want every woman on the street blabbing about using their product. Instead, they intended to convey to women that their product was so excellent that others couldn’t tell if they were using it.

One takeaway from Clairol’s campaign was that even in advertising, showing trumps telling. You can show why your product is good on its own.

One of a business’s most crucial components, advertising, can create or break its success.

Breaking Down The Workers Comp Forms for New Jersey