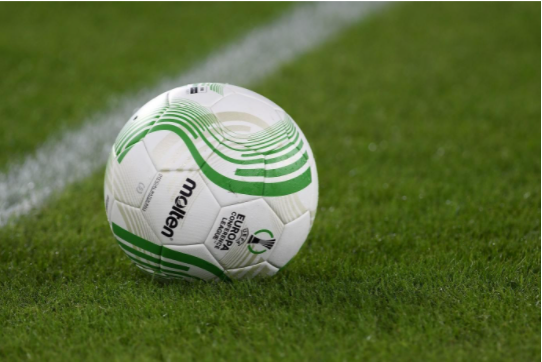 Made a mockery of when first revealed to the footballing world by UEFA and not helped much by a real lack of big-name clubs, it will be fascinating to see if interest in the newly formed Europa Conference League grows now we have reached the more competitive knockout stages and some larger clubs with a bigger following have dropped down from the Europa League.

While it is a competition formed to give the smaller sides in the continent a taste for European football, the draw for the first knockout round certainly isn’t filled with just minnows as the likes of Leicester City, Marseille and Celtic all featured in the pots. Tottenham Hotspur could still have a place in the tournament as well, depending on UEFA’s verdict after their final group game against Rennes was cancelled due to a covid outbreak in the London side’s camp.

That said, read on as we take a look back at the draw…

The competition’s stature in the beautiful game definitely wasn’t helped much when Leicester boss Brendan Rodgers admitted he didn’t know what it was when the Foxes were knocked out of the Europa League. For that reason, it’s not quite clear what kind of side the Northern Irishman is going to field for their play-off tie with Danish side Randers. The Midlands outfit are one of the favourites with the betting exchanges sites to win the Europa Conference League though, and with not much going in their favour domestically, this could be a good chance to lift more silverware after their Premier League and FA Cup successes in recent years!

Celtic are another team that will be desperately disappointed to have missed out on a place in the latter stages of the Europa League — albeit given a very tough group alongside German Bundesliga side Bayer Leverkusen and La Liga outfit Real Betis. But the side from the green half of Glasgow haven’t had a decent run in Europe for a couple of years now and this is a great opportunity for Ange Postecoglou’s men to go deep into the business end of the competition. Norwegian side Bodø/Glimt, who have won the Eliteserien for the last two years in a row, should prove a walk in the park for Celtic. However, with plenty of tough opposition still in the competition, their chances of winning the whole thing are slim.

Marseille will face Qarabağ in the play-off round after finishing behind Galatasaray and Lazio in their Europa League group. The Azerbaijani side have been Europa League group stage regulars over the course of the last few years, but having failed to win their division last season for the first time in seven years, they had to settle for a place in the Conference League. This will be their inaugural European knockout stage appearance. However, don’t bet on them getting much further as Marseille should wipe the floor with them without any real issues. Second in Ligue 1 and with the likes of Dimitri Payet, Cengiz Ünder and the sought-after Boubacar Kamara within their ranks, it is no surprise OM are one of the favourites to win the tournament.

Why Water Damage Plans are Must for All Businesses